How to take the case to the Director

Director – the first person of the company. Under his responsibility is the whole firm. The Director is authorized to act without power of attorney on behalf of a legal entity. When change is necessary not only to properly execute the dismissal of the previous Director and the appointment in his place a new, but also to transfer the case in accordance with the labour code. 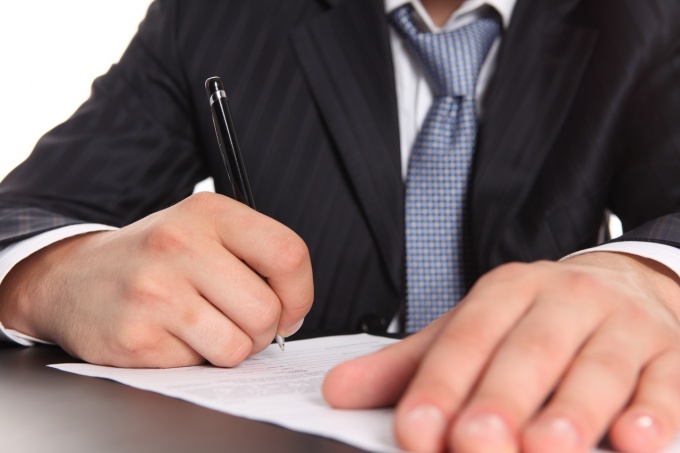 Related articles:
You will need
Instruction
1
To dismiss the present Director and to take on the position of another has the right constituent Assembly. The Board of founders makes a decision and prepares a report, which is signed by the Chairman of the founders and sealed by the organization. The contents of the Protocol stipulates that the dismissal of the current Director and hiring a new person, who will be the head of the firm.
2
With the former CEO terminated the employment agreement and the new one is. It spells out the rights and obligations of the parties, the right of signature is appointed to the position of the head with the other hand, as an employer and accepted by the employee.
3
After the procedure of dismissal of the Director, taking on a new position and entering into their employment records relevant records managers make the act of transfer and acceptance of material values and documents of the organization in any form.
4
The basis of preparation of the report are: the decision of the Board of founders of dismissal of the former Director and the minutes of the founding meeting on appointment of the new Director. It spells out the number and date protocols, surnames, names, patronymics of the new and former Directors.
5
The content of the act is a table that lists the documents transmitted for safekeeping to the newly adopted enterprise Manager. Data material values are the Foundation documents of company, printing etc. In this document, you must register the presence or absence of the received cases, the number of sheets of originals and copies, to fix the results of the inventory, identify errors, if any.
6
The act of transfer and acceptance signed by the new and old Director , indicating their names and initials, stamp of the organization. Assigned a number and date.
Is the advice useful?
See also
Подписывайтесь на наш канал