How to make bread mixture with your hands

Breadcrumbs are used when cooking a number of dishes. Usually they become ready for it. But there is a way to self-produce this ingredient. 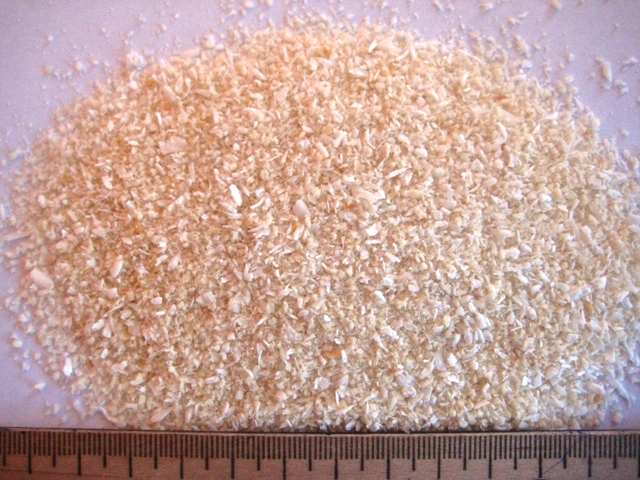 Related articles:
Instruction
1
If you have no breadcrumbs to cook a particular dish, and in the store for them for some of the reasons to go, do not rush to make the dish even without crackers. Prepare them yourself.
If you have some crackers, crumbs of them can be done very quickly. First, take the hub and granulate with it drying into small pieces. Then take a grinder, put poluskeletnye drying, and additionally chop them there for one minute. Having a mix of crackers, put it in a bowl. Add a bit of dried celery, dill or parsley. Rice mixture is completely ready.
2
There are several different way of cooking rice mixture, similar to a factory. For her instead of crackers used crackers. The main condition for the successful creation of this mix lies in the fact that they were not sweet. Compared with the previous, this compound has both advantages and disadvantages. The advantages lie in the rich taste of biscuits, and also a relatively low cost of its preparation. The disadvantage is that crackers can not be put directly into the grinder, because it can break from excessive load. Therefore the breading mixture of breadcrumbs do manually by using a large hub. Having made such a mixture, if desired, add a sharp black pepper to taste.
3
If you don't want to spend to prepare breading mixture a lot of time, purchase a special diet bread or toast. They have to be crispy. Take a small hub and crush those crackers. Add into the mixture some dried herbs, similar to that which is to be added to the mixture prepared according to the previous recipes. This bread mixture convenient for the reason that it is easier to cook. In addition, it is not only tasty but also healthy, since bread contains many essential minerals for the body.
4
Finally, if you have a home, no crackers, no crackers, no bread, and the clock is running, you can use another method of cooking rice mixture. Take a few slices of white bread and put it in the oven. Heat them for 15 - 20 minutes, and after the formation on them Golden brown, remove. Finely grind the resulting crackers and mix with seasoning, black pepper and herbs.
Is the advice useful?
See also
Присоединяйтесь к нам
New advices