Urgent business: the creation of Board games

The first is to start with the eloquent figures which say that in recent years there has been a decline of interest in computer games. And this fact may seem strange, but the current level of development of Internet technologies and passion of the young generation to virtual games sales of computer games in our country has brought to entrepreneurs in 2008, $ 850 million; and in 2009, 700 million. The decrease in profit on $ 150 million is not insignificant. 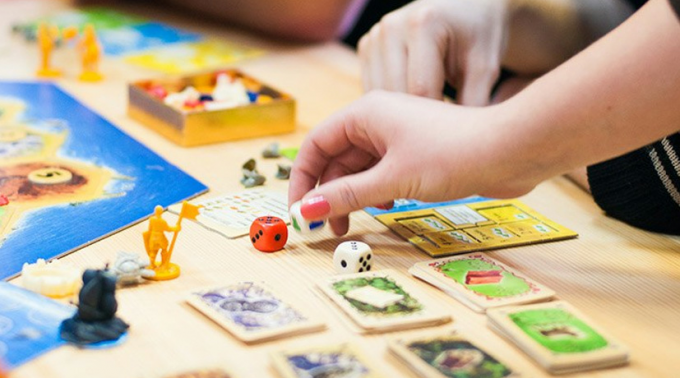 This, apparently, suggests that people gradually get bored of virtual reality that beginning was intense to displace and minimize the real relationship. But the desire to play sits in every person somewhere deep down and will not go away. And exercise, which enables you to get pleasure from story, and from communication with their friends and family, became Board games. They have a large number of fans, and along with the niche of Board games on the Russian market nowadays is quite poorly developed. Therefore, before the game developer of open opportunities.

You need to consider that the creation of such games is not easy and not too cheap. For example, the development of the game "Coronation", which is very famous among gamers and is based on the book by Boris Akunin, cost, authors, 800, 000. Create your own Board game starts always with the story and development of rules that need to be closely linked to the main idea.

As for the plot of the game, you can either put in its basis ready popular novel, agreeing with the author, or to make their own game based on the PC version. And you can try to come up with a story from scratch. This will help you professionals, which you can find on the various exchanges on the Internet.

However, before that, as in the case of any other business, you need to carefully study the needs and desires of potential players, to try to determine who might be interested in your game – kids, teenagers, young people or older people. Should perform, what characters are popular now and which were forgotten. For example, in the old days was a very popular Donald Duck and Pokemon, and now they are gradually replaced other characters.

Also when creating your own game you will need the services of artist and designer. The first will draw you to the game and its characters, and the second will develop the appearance of cards and other attributes. After you create a game you will just have to find a printing company that will launch your game in circulation.