How to open all the chakras

Chakra is energy centers of man, translated from the Sanskrit "wheel . Spirituality identifies seven major chakras. In recent years, many people are interested in spiritual life. So more and more often we hear of schools of yoga, qigong, opening the chakras. Open chakra will allow a person to feel others, get rid of fear, daily hassles, stress, to strengthen health. 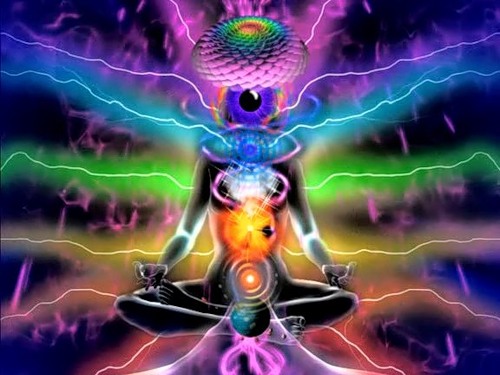 Related articles:
You will need
Instruction
1
Open the first chakra. It is called the Muladhara chakra. It is situated at the base of the spine, between the anus and genitals. Sit in the Lotus position (Padmasana), his right foot on the left thigh and left foot on right thigh. The back should be straight. This position might be for you is not easy, so you can sit simply cross-legged. Now stop your internal dialogue, stop thinking and think. Visualize a red ball in the base of the spine and focus on it. It is possible (but optional) to chant the mantra "LAM .
2
Working with the second chakra. It's called the svadhisthana chakra. It is situated in the area between the genitals and the navel. Adopt the Lotus position, stop the internal dialogue. Begin to visualize an orange ball in the area and focus on it. The mantra "YOU .
3
The third chakra – manipura. It is in the area of the solar plexus. Visualize a yellow ball and concentrate on it. The mantra "RAM .
4
Forth chakra – anahata. She is in the middle of the chest at heart level. Represented as a green ball. The mantra of "WE .
5
The throat centre is Vishuddha – chakra is located in the region of the thyroid gland. Focus on the blue ball. The mantra "HAM
6
The third eye or ajna – chakra. Concentrate on the blue ball between the eyebrows. Visualization of the ball in this chakra are not always relevant. Many people feel it as soon as concentrate. The mantra "AUM
7
Last, the seventh chakra – Sahasrara. Focus on the purple Orb at the top of the head. The mantra "OM
Note
Do not focus on one chakra, it can produce an imbalance in your energy, and serious health disorder. Develop evenly and comprehensively.
Useful advice
Not necessary to visualize the ball of a certain color. This should be done, if you can't feel a certain energy center with the help of senses and sensations. With practice the sensations will come. Meditation should be done in the morning, starting with five minutes and gradually increasing to an hour. Meditate more than an hour is not only useless, but harmful. Align the opening of the chakras with yoga, preferably with the help of an instructor.
Is the advice useful?
See also
Подписывайтесь на наш канал