How to get EU citizenship

To obtain citizenship of the European Union - then become the owner of a second citizenship in one of 25 countries participating in the EU. Usually the direct procedure of obtaining citizenship in the countries of the EU area lasts 6-12 months, as a result you get the opportunity to live and conduct business or simply work in any of the countries of the European Union. Of course, this includes safe passage for these countries, as well as socio-legal protection at European level. An EU passport is a permanent document that does not require renewal. 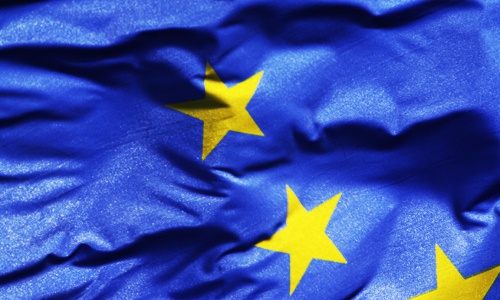 Related articles:
Instruction
1
Permanent residence One of the most common ways of obtaining citizenship of the EU is to leave for permanent residence (permanent residence) in Europe. It is highly recommended to temporarily settle in any of the European countries and then get the residence visa. In various EU countries - the conditions for obtaining citizenship. Some need only a couple of years, then you can easily apply for passport, in others it may take a decade or more. In Belgium, for example, to obtain a EU passport in 3 years, and in Switzerland it will take as much as 12 years! By the way, UK, Sweden, Netherlands ready to declare a person a citizen of his country after he legally live in the territory of these States for at least 5 years without leaving the country for more than 90 days. And in Greece, Austria and France a foreigner to obtain a European Union passport only after a decade of legal residence. Thus, it is not the fastest and not the most convenient way of obtaining citizenship, but, nevertheless, it is the place to be.
2
Other by variantarray option of obtaining citizenship can become ethnic roots, when your relatives, e.g. grandfather, father, mother or great-grandmother, lived in any EU country. Here's the second citizenship will resemble an insurance policy, and this procedure lasts for a considerable time. For example, in Germany, Greece and Bulgaria, where there is the Geneva Convention, the term for obtaining citizenship on the basis of the recovery of the families with ethnic roots ranging from 2 years or more.
3
Another option may be to obtain EU citizenship through a spouse. Almost all the participating countries of the European Union is ready to give the foreigner an EU passport if his wife (or her husband) is already a citizen of that country and the alien has resided on its territory 3-4 years.
4
Also, a child born on the territory of the EU countries the couple, one of whom has citizenship of the European Union will automatically receive an EU passport.
Note
The introduction of a citizenship of the European Union - a step very daring, even for such a close-knit Union of States, which is the EU. Citizenship is a stable legal connection of a person and the state. Hence whenever addressing the issue of citizenship, we address the question of state sovereignty.
Useful advice
The owner of liquid carry European Union passports could travel without a visa and to freely conduct its business in Europe, while fully realizing and feeling that he currently does not belong to any state. It should also be noted that over time the process of acquisition of EU citizenship is becoming more and more difficult.
Is the advice useful?
See also
Присоединяйтесь к нам
New advices