How to calculate a advance salary

The advance payment is part of wages, which, according to the Labor code article 136 part 6, to be paid no less than twice a month. The amount of the advance by the legislator is not installed, as the very concept "advance", but in accordance with the letter of the Ministry of social development and health of the Russian Federation No. 22-2-709 from 25.02.09, the salary may be issued equal amounts. Therefore, the employer may grant an advance of half pay or in the internal regulations of the enterprise, indicate a different figure. 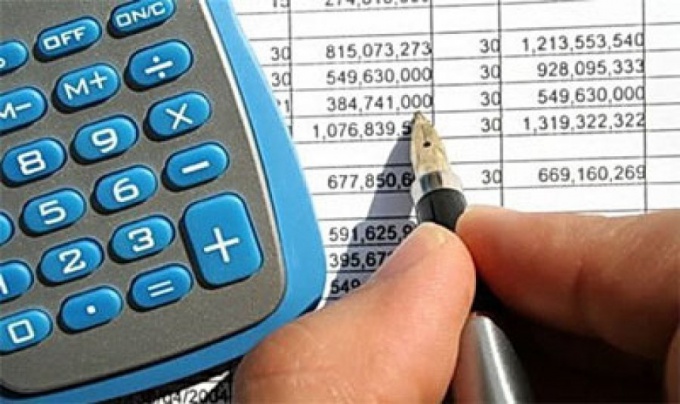 Related articles:
Instruction
1
In the internal legal acts of the organization should be specified not only the amount of the advance, but the exact timing of its issuance. The employer has the right to set any number for the payment of monetary remuneration for work, but they should be divided into equal intervals. For example, if the salary is issued on the 5th day, the advance should be issued on the 20th. If the payment day falls on a weekend or holiday, all monies must be paid the day before. Delay one part of the wage can lead to huge fines, and the systematic delay in the criminal punishment (article 145.1 of the Criminal code).
2
Each employee may be paid an advance payment in fixed amount, percentage of salary or production, or half the amount of the salary or production, excluding bonuses, as all cash incentives and rewards are paid at the end of the billing month based on the results of work during the period.
3
If the advance is paid in fixed amounts to all employees regardless of salary and position, this amount is just issued in a set number of months. For example, all paid 10 thousand rubles. With advance there is no income tax. It is calculated at the end of the current month on the General results of the charge and given monetary rewards and incentives.
4
If the advance is issued in half the amount of salary or output, then each employee should make an individual calculation, depending on salary or average earnings over the previous period. For example, if the amount of the salary equal to 30000, then one part of their salaries in advance must be 15,000 or if the amount of production for the previous month was 50000, the advance may be 25000. At the end of the month, the calculation of the remaining amount to issue, the premium charged, the district factor and taking into account the total amount withheld and remitted income tax.
5
When in legal acts of the enterprise indicated that the granting of the advance will be made in percentage, the calculation should be based on each employee separately. For example, if the employee salary of 50000, 30% down payment, then the payment amount will be 15000 roubles, the employee a salary of 20000 advance be equal to 6,000 rubles.
Note
In the labour code there is no such thing as "advance on wages". Article 136 of the labour code obliges the employer to pay wages to workers not less often than every two weeks on a date fixed by the internal labor regulations, collective agreement and employment contract.
Useful advice
In the majority of cases the employers once a month pay to employees advance and once a month – monthly wage (taking into account the previously paid advance). The down payment is the notional amount, which is determined, for example, as a certain fixed proportion of the monthly salary or wage last month. For example, an advance very often is 40 or 50% of wages.
Is the advice useful?
See also
Присоединяйтесь к нам
New advices