How to sew a Baba Yaga

Baba Yaga is the most famous heroine of fairy tales, living in a dense Russian forest and scaring all the children in their appearance. However, this character is not evil, Baba Yaga is a female guardian, she knows the secrets (tales secrets of the forest) and protects your hearth. That is why in the old days, the way Yagi was in every home as a talisman. Today, the tradition returned. 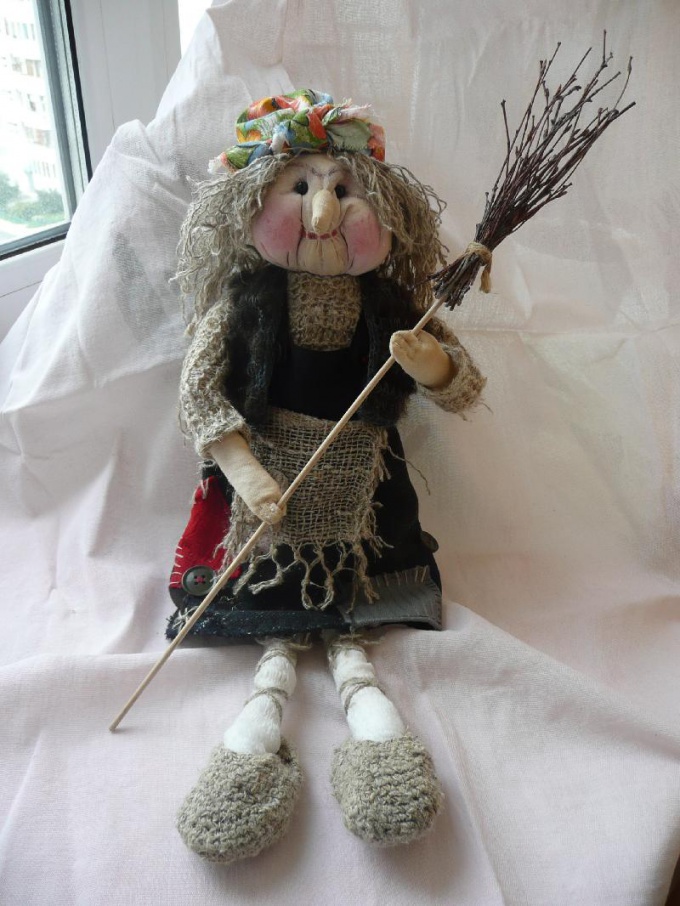 Related articles:
You will need
Instruction
1
Take a pencil and attach it using yarn or glue small twigs, thus making a broom for his Baba-Yaga.
2
Take a plastic Cup and glue it to the bottom of the small needles and fabric and decorate in the same way the whole glass, creating the fabulous view of the stupa. Alternatively, you can use the clay: just cover the plastic with a soft clay and to stick on top of the needles.
3
Take a lump on her tail, attach a lump of plasticine oblong. Then wrap the clay thread until then, until it forms an elongated head of Baba-Yaga.
4
Made of fabric the handkerchief, cut a square and folded it into a triangle. The handkerchief should be done in accordance with the dimensions of the resulting head. Try and secure with glue, a small sewing pin or thread. In the presence of artistic talent, make the witch's face, don't forget the nose with a distinctive hump.
5
Secure the cone with glue and plasticine arms and legs from the branches. In addition, for hand use twigs with branches in the form of fingers, and legs fit just sticks. You can dress up as the Witchfrom the remaining tissue cut out apron and throw it on the figure.
6
Put on the glasses and the paper on which pre-fix the clay. Put the resulting Baba Yaga in a mortar, sticking her feet branches into the clay. Put next to a broom or attach it with glue to the arm.
7
Place the toy on a shelf in their apartment or home, sit on the Desk in the office or privaste to the chandelier.
8
In order to do not a talisman but a toy, can be used as the basis for the old doll, even if it is ripped or even stained. Restrepia her hair and knot the scarf, leaving the bound witch Chub sticking out from under that scarf.
9
Take acrylic paint or thick theatrical make-up and make the doll any makeup: darken the eyes, draw wrinkles, bevel the corners of the mouth.
10
The case for a suit. You can also restrict the apron, but you can tailor the dress with patches in the tone of the scarf to make papier mache shoes, and a mortar. For the broom will come thick branches.
Is the advice useful?
See also
Присоединяйтесь к нам
New advices