How to write beautifully printed the letters

It is believed that in order for nice to write by hand in block letters, you must finish the courses of calligraphy. But there's a way to quickly and beautifully to write printed letters , without any prior training. 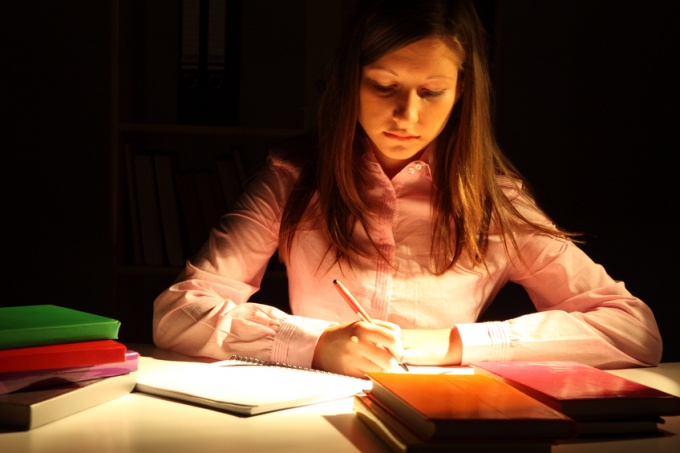 Related articles:
You will need
Instruction
1
Decide what height and width will be printed lettersthat you are going to put on a sheet of paper and what will be the spacing between letters and between lines.
2
Roller taking a ruler and an awl, try to put on a sheet of transparent film is parallel to the horizontal line. The step between them must be equal to the height of letters, spacing between lines, and so alternately.
3
Now similarly apply to the sheet of transparent film with parallel vertical lines, the spacing of which must be equal to the width of the letters, the spacing between the letters.
4
After completing these operations you will find that the sheet of film covered with rectangles, locations of which correspond to the site of application letters. A modeling knife to cut out all those rectangles.
5
Now you have the stencil, but not normal, and universal, preserving only information about the location of signs, not their orientation. This means that by putting a stencil on a sheet of paper in each of the rectangles can be inscribed with a felt pen the letters of Roman alphabet, a digit, a punctuation mark, a mathematical symbol or any other sign. And they all have the same dimensions and are located on the same paper in neat rows.
6
To write text in block letters in an arc, fabricate a special fixture. It is a strip of transparent film, one end of which holes. Its width and height equal to the width and the height of the letters. Strip length is taken to be slightly greater than the radius of the arc, which is supposed to put text. The opposite end of the strip is fixed to the sheet of paper with an awl in the center of the arc. Causing sign, turn off the strip at such an angle to the right edge of the sign coincided with the left edge of the strip, then applied the next sign. The distances between the signs are the same, and they are located on a flat arc.
7
Additional expressiveness to the text, printed on paper in such a way, can be given using colored markers.
Note
Be careful when handling with a modeling knife.
Is the advice useful?
See also
Присоединяйтесь к нам
New advices