How to remove virus requiring.

The development of the Internet has led to new types of fraud. For example, viral attacks that block your computer and offer to send SMS to unlock. But after sending one message, they require more. There are several ways to deal with this problem. 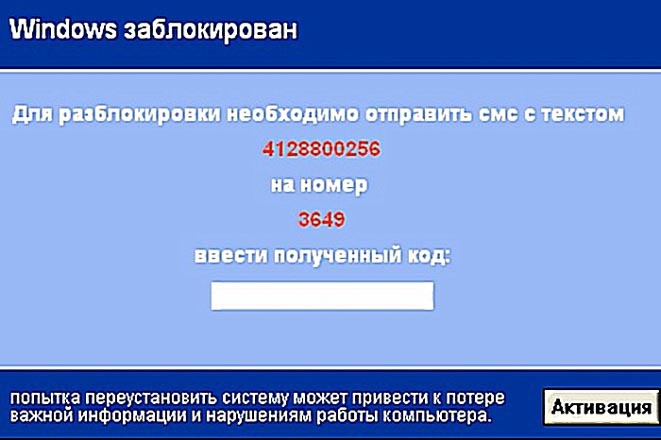 Related articles:
Instruction
1
A virus that attacks your computer and block called "Trojan.Winlock". Most often on the desktop appears a banner with the message you need to send an SMS message to a specific number and banner will be removed. To remove this virus visit the websites of popular antivirus software: "Kaspersky" (http://support.kaspersky.ru/viruses/deblocker), doctor web (http://www.drweb.com/unlocker/index/). Enter the phone number, which is required to send an SMS message or code. After that you will be given a code to delete the virus.
2
In order to cope with the virus, requiring sending SMS message use the free program "LiveCD" (http://www.freedrweb.com/livecd). Write the program to disk, and insert it into your computer, then follow the instructions.
3
A way to deal with the virus is system restore. Try ctrl+alt+delete to call up the dialog box of task Manager. Then click "File" - "New task (Run...)". A command window will open. Enter the following code: %systemroot%system32 estore strui.exe and press the "Enter" button. After system repair virus should be eliminated.
4
After the virus is removed from your computer, install the latest version licensed antivirus to your computer. Run a full scan of your PC. Also check the registry settings that the virus could replace them.
Useful advice
Promptly update anti-virus software on your computer.
Is the advice useful?
Подписывайтесь на наш канал