How to build a triangle by 2 sides and angle

To build a triangle by two sides and angle need one prerequisite - it must be the angle between the known sides, otherwise the problem has no solution. For the practical implementation of build will be enough for any plane (e.g. a sheet of paper), writing instrument (pencil fit to paper), rulers with division sufficient for baseline accuracy and a protractor. 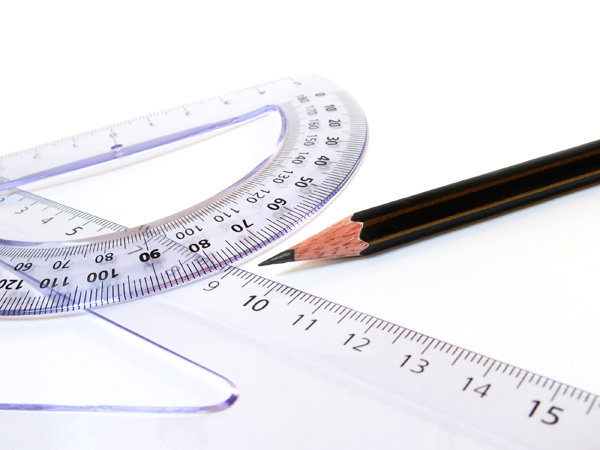 Related articles:
You will need
Instruction
1
Formulate the task easy to describe terms. For example, the parties designate as the side AB and the side BC, the angle between them as the angle "β" (beta).
2
Place on a sheet a point - it will be the top of the triangle, the angle between the adjacent sides of which you are aware. The side you have designated as AB and BC, so this point should be considered a top B - this should be the total.
3
Guide using the line segment starting from point B. the Length should be equal to the length of the known sides of the triangle. For example, let it be the party designated in the conditions as BC. This way you will build one of the sides of the required triangle. The end point of this segment indicate as the top C.
4
Place the protractor held parallel to the segment so that the center of the protractor coincides with the point B and put on worksheet a supporting point opposite the division of the protractor that corresponds to the specified corner β.
5
Place a ruler zero mark to the point B, so that it was possible to draw a direct line between it and the auxiliary point. Place on a sheet point opposite the dividing line, which corresponds to the length of the second side of the triangle. This side is indicated in conditions like AB, then the set point will be A vertex of the sought triangle.
6
Draw a line segment between the marked on the sheet by the points B and A. in This way you will build the second side of the triangle is known in terms of length.
7
Attach a line so that connecting points A and C, and swipe between them the cut. This is the only side whose length is not known for this task. It is logical to designate it by the letters AC. If you need to know the length, use a ruler. And using the protractor you can measure the former in terms of the problem of the unknown angles at the vertices A and C adjacent to this side.
Is the advice useful?
Подписывайтесь на наш канал