How to draw a pyramid

Idea of space in students of the 5th classes have already been formed well enough to understand how to draw three-dimensional geometric figures. To your child had any difficulties in the construction of figures in school, teach him how to draw a pyramid. 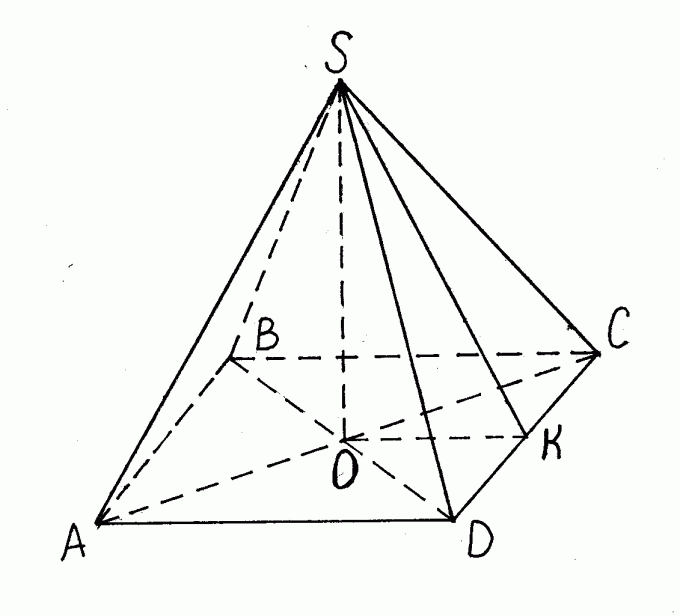 Related articles:
Instruction
1
To draw a triangular pyramid , first select a point denoting the center of the bottom of the pyramid. From this point swipe with a pencil and ruler diagonal line slightly upward and to the right. Spend the symmetric line of the same length at the same height to the left. From the center point draw a straight line vertically upwards to a height twice the size of one of the lines. Connect the lateral line from the bottom lines to the top.
2
Draw a horizontal line to the bottom of the pyramid you get a small triangle with a vertex pointing down. Shade the resulting triangle horizontal lines to show that it is inside the pyramid. The sides of a pyramid shade with vertical lines. A triangular pyramid is ready.
3
To draw a quadrangular pyramid , draw a horizontal line. Above it at some distance of swipe another line of the same length, just slightly to the right. Connect the side-lines, so you have a sloping to the right rectangle. In the resulting rectangle put a point in the center. Draw a vertical line upwards. This line needs the length exceed twice the length of the sides of the rectangle. Of the four corners of the rectangle slide up the line to the top point of the Central line. The quadrangular pyramid is ready.
4
To draw a pentagonal pyramid apply the same method. We draw a pentagonal figure. Place a point denoting its center. From this point draw a vertical line upwards. Draw lines up from the corners of the Pentagon to the top point of the Central line. A pentagonal pyramid is ready.
Is the advice useful?
See also
Подписывайтесь на наш канал