How to find force of tension of the thread

Often in problems on mechanics you have to deal with blocks and goods, suspended by threads. The load pulls the thread under the action of the thread the force of tension. Exactly the same in modulus but opposite in direction force is applied from the filament to the load according to the third law of Newton. 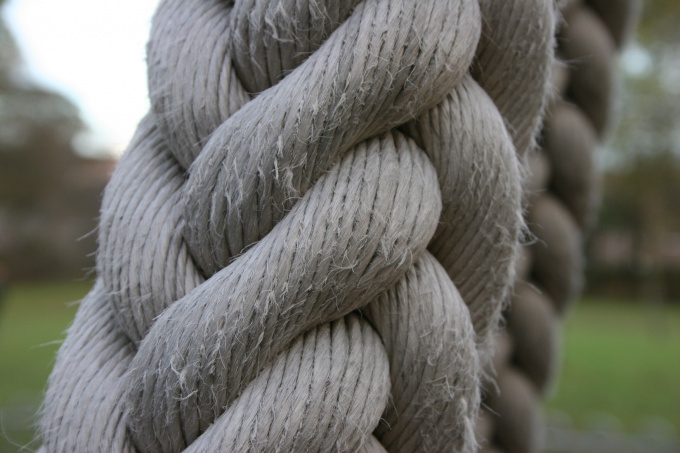 Related articles:
You will need
Instruction
1
First you need to consider the simplest case, when the cargo is suspended on a string at rest. The cargo in the vertical downward direction of gravity Fтяж = mg, where m is the mass and g is the acceleration of free fall (on Earth ~9.8 m/(s^2). As the load is stationary and the gravity and the tension force of the thread other forces do not act on it, according to Newton's second law T = Fтяж = mg, where T is the tension force of the thread. If the load is moving uniformly, i.e., without acceleration, then T is also equal to mg, according to Newton's first law.
2
Suppose now that a load of mass m is moving down with acceleration a. Then, according to Newton's second law Fтяж-T = mg-T = ma. Thus, T = mg-a.

These two simple cases given above and should be used in more complicated problems to determine the strength of the thread tension.
3
In problems in mechanics is usually done important assumption is that the thread is inextensible and weightless. This means that the weight of the yarn can be neglected, and the thread tension are the same along the entire length.

The simplest case of this problem is the analysis of the movement of goods on the Atwood machine. This machine consists of a fixed block, through which is spanned by the thread to which hung two loads with masses m1 and m2. If the mass of different loads, the system comes to linear motion.
4
The equations for the left and right bodies on the machine of Atwood, will be written in the form: m1*a1 = -m1*g+T1 and m2*a2 = -m2*g+T2. Given the properties of the filament, T1 = T2. Expressing the force of the tension of the thread T from the two equations, you get: T = (2*m1*m2*g)/(m1+m2).
Is the advice useful?
See also
Присоединяйтесь к нам
New advices