How to teach a child to fight back

The problem of self-protection each of us faces from an early age, because there is always someone who is weak is someone who uses his strength. In kindergarten all of this is largely innocuous: children's aggression manifests itself in impulsive desire for someone to bite, to push, to pick up the toy. But when a grown up child goes to school, here we have to face more dangerous form of child aggression when children begin to purposefully harass someone they did not like. It is therefore important to learn to stand up for himself at preschool age. 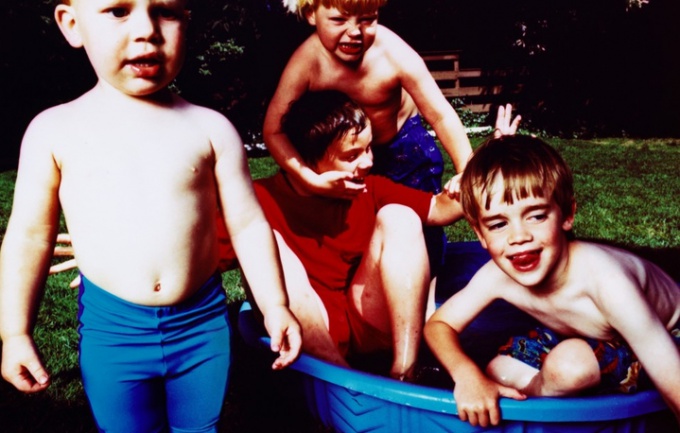 Related articles:
Instruction
1
If you found out that your child is being bullied in school, to protect it must. Of course, this protection should not be limited to "swing right", but to leave the child to deal with his problems alone – that, at least, betrayal. After all, adults do not always solve their problems with the offenders themselves. We employ this law enforcement agencies – go to the police or to the court.
2
Often the solution to the problem of the child getting removed from the aggressive environment. It is possible that an educational institution where your child really is rampant unhealthy practices. Then the only option in this case to transfer him to another school or garden.
3
If problems arise the child everywhere, you should wonder, does he cause his own troubles. Maybe he's just himself provokes the bullies. It "splinters" at first ride up, then run to complain. In this case, you need to explain to your son or daughter that you need to learn to get along with those of his/her surroundings: no need to be jealous, to be snide, to be offended, to demand the fulfillment of their whims. Is, on the contrary, to treat others with kindness.
4
There are also the reverse situation. If you often notice that the child readily shares with other kids his toys in the sandbox if he plays with only one toy, and all the others were taken away from him – do not rush to demand that he took his ball offenders. In fact, this child's behavior suggests that, first, it grows in a loving, supportive family, which in itself is good, and secondly, your little one – the little sage, because we can't always see how thin our children are unable to calculate the strategy of their behavior. In short, it is not always what we consider aggression against the child offends him, and therefore to intervene in such cases and force the baby to fend for themselves is not worth it.
5
If you see that your child is playing peacefully is constant, then support him and make disciples to show that he was not very pleased with such behavior. So, saying a couple of times the aggressor "we Have no one pushing each other, it is very ugly. With those who are fighting, not playing, you will notice that your child will use similar phrases. Usually, when aggressive children rule the game, they gradually cease to be aggressive. Teach your child to be flexible: show how to translate the game in a safe direction.
6
If the aggressor does not appease – show lightweight but effective ways to relieve it physically: to pinch. Just make it clear to your baby that is an extreme measure.
7
In conclusion, a few tips:
- Do not teach that fighting is definitely a bad thing. The child does not want to be bad, so in a fight he will always lose;

- Don't control it completely. If you are going to solve the conflicts for him, he'll never learn to fend for themselves;

- Give your child the opportunity to chat with many children. Being in different children's groups, he will learn to resolve conflicts;

- Nurture the child's confidence, often praise, treat him like an adult;

- Teach him to protect the weaker. Often there is courage in fighting for someone, not for yourself;

- Help him learn some self-defence techniques and will help you in this sports section.
Is the advice useful?
Подписывайтесь на наш канал