How to teach a child to play

Hard to be a winner always and in everything, but to behave with dignity while losing is also a victory, a small victory over himself. The ability to play is laid in childhood, so parents should pay particular attention. 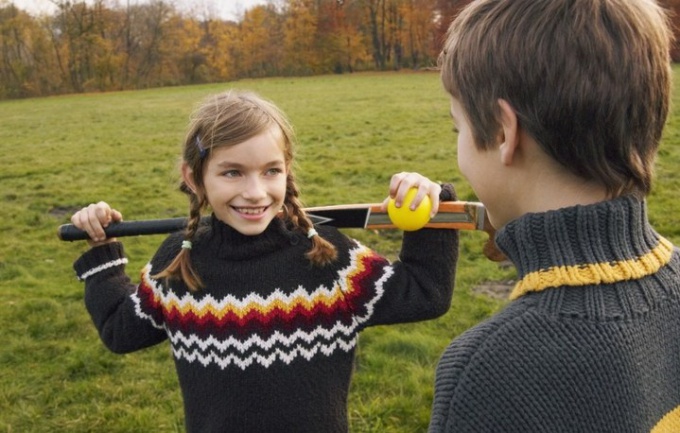 Related articles:
Instruction
1
Show your child by example how to behave during the loss. Congratulate him and shake his hand when he wins, for example, Board games.
2
Explain to him that failure is an important experience, and if he sees his mistakes, he has a chance in the future to avoid them. Any defeat can become a platform for future victories.
3
Maintain a child with his love. When he was sure that love, regardless of wins and losses, it is easier to cope with negative situations.
4
Teach the child correctly to let it out. He can yell, stomp their feet, jump, but its aggression should not harm others.
5
Try to explain to your child that participation in the game is the most important thing. Teach him to take out of the game all the best emotions, skills. When the child becomes interested in the game itself, it will be to perceive, defeat and victory.
6
Leave it for a while, so he could survive the failure of their own. Then, together try to understand why it happened. To find the errors, help the child to work them out.
7
Teach the child right to distribute the responsibility for failure. Lose depends on such factors as attentiveness, luck, level of training.
8
Praise the kid for winning, and for good behavior during the loss. Tell him he became a much better play that the opponents had to work hard to take away from him the palm.
9
Teach the child to respect the feelings of other children. Victory is fine, but you shouldn't insult the losers, laugh at them. Let your child cheer their friends. If he can learn to react correctly to the defeat of their comrades, and their own mistakes will perceive much calmer.
Is the advice useful?
Присоединяйтесь к нам
New advices