How to determine the density of water

Water is one of the key compounds on earth. Many scientists believe that in her life began. It is unique. For example, this is the only fluid that is compressed upon lowering temperature, and this is a very important feature. Some of its properties are anomalous. Values of the heat capacity, surface tension, viscosity striking. One of the interesting features observed in high densities. 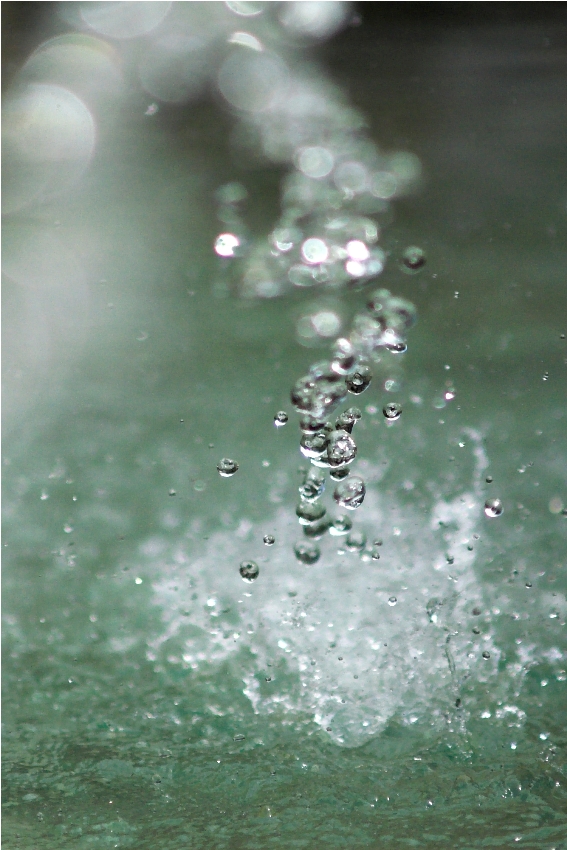 Related articles:
You will need
Instruction
1
Thus, all long been no secret that the density of a substance, whether liquid or solid aggregate state can be calculated as mass divided by volume. That is, in order to experimentally determine the density of ordinary liquid water, you need to:1) Take a measuring cylinder, weigh it.
2) Pour water into it, to fix its occupied volume.
3) Weigh the cylinder with water.
4) Calculate the difference of the masses, giving you a lot of water.
5) Calculate the density of the known formula
2
However, scientists noticed that the density values differ at different temperatures. But the most surprising thing, according to what law this change takes place. So far on this phenomenon puzzled scientists around the world. No one can unravel the mystery and answer the question: "Why is the density when heated from 0 to 3.98 increases, and then decreases to 3.98?" A couple of years ago the Japanese physicist, Masakazu Matsumoto suggested a model of the molecular structure of water. According to this theory, creates some polygonal microabrasive - vitrite, which, in turn, dominated by the phenomenon of the lengthening of the hydrogen bonds and shrink the molecules of water. However, this theory is still not confirmed experimentally. A graph of the dependence of density on temperature are presented below. To use it you need to:1) Find the desired temperature value on the corresponding axis.
2) Drop a perpendicular on a graph. Mark the intersection of a line and function.
3) From the resulting points to draw a line parallel to the axis of the temperature on the axis density. The point of intersection is the desired value.Example: Let the temperature of the water 4 degrees, then the densityafter building, is equal to 1 g/cm^3. Both of these values are approximate. 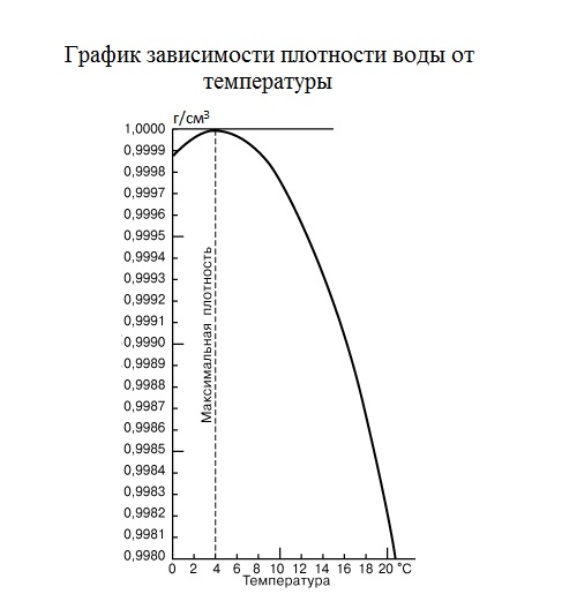 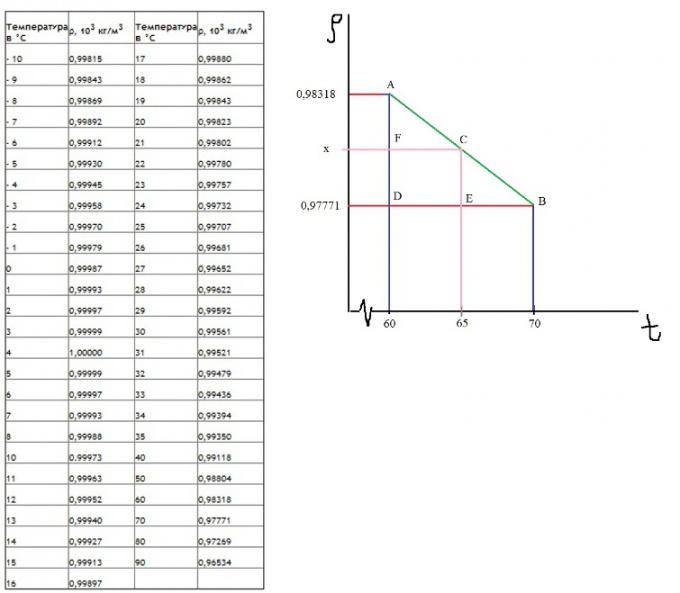 Note
Pay attention to the dimensions.
Useful advice
Carefully carry out all the calculations. Remember that the data in this table are given for ordinary water. From salt water the density is greater.
Is the advice useful?
See also
Подписывайтесь на наш канал