How to make ships out of matches

From the usual matches , you can make many interesting crafts. Most of the matches make the houses, and we will try to do the layout of the ship, and without the use of glue. Need to do this about 6-7 boxes of matches, a coin, stand (you can use a box from under the disc) and clippers. 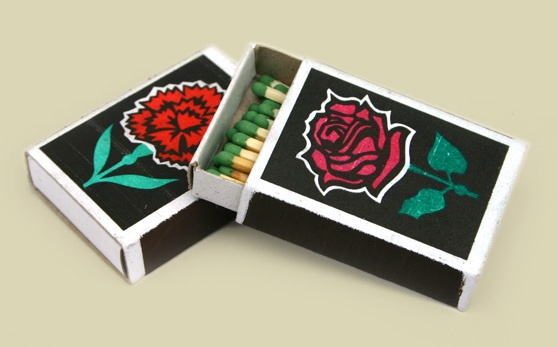 Related articles:
Instruction
1
Take a stand, place two matches parallel to each other at a distance of about 2.5 cm. from the Top, place a layer of 8 matches, and then perpendicular to this layer another of the same.
2
Now put a so-called wells, consisting of 7 rows. On top lay a layer of 8 matches so that the heads were looking in the opposite direction from the bottom row. Next, lay out a row of 6 matches perpendicular to the previous one and opposite to the bottom row, put a coin.
3
Now in the corners of the insert well 4 matches so that the heads looked up. In the same way and placed the remaining matches and take out a coin.
4
Take the construct into hands and squeeze the cube from all sides to make matches smooth in the corners (this must be done carefully not to break). Now turn the resulting upside down and insert the vertical matches, which serve as the walls. Horizontal wall post heads in a circle.
5
Now you need to pull the top five matches, but not to the end, and in the form of stairs, and then put the boat on the bottom. Further matches between the pulled out put Jack 2, 4 and 6 matches respectively (the last row fasten between the third and fourth drawn match). In parallel, the fourth drawn match install 7 matches, which will press the entire dense range. Tilted the match fix between the top out and bottom matches, then the matches need a bit of preload.
6
Start manufacturing the stern. To do this, remove the lower Central series of 7 matches and firming insert a row of 7 matches, placing them side heads themselves so that their tails got out on the other side (it's the third row from the bottom, it should be free). From the same side of the insert 4 matches and another 4 matches on the sides.
7
Now lay the dense rows of matches and insert 9 matches from the top in order to press these ranks. Put a slanted match and align the resulting structure. The boat is almost ready, the upper deck can stick a few heads of matches for decoration.
Is the advice useful?
Подписывайтесь на наш канал