Why can't get pregnant

In healthy women, pregnancy may not occur even after a year of hard work, and sometimes more. To determine the reason where you can't get pregnant, you must consult a doctor. 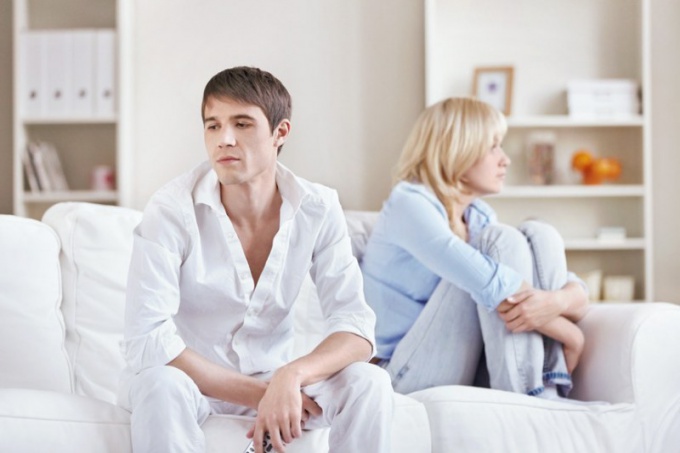 The causes of infertility

1. Lack of ovulation. Due to various pathologies of the egg, ready for fertilization in the woman's body may not be Mature. To identify anovulation can home with plotting basal temperature. During the release of the egg there is a jump of the temperature curve and its shift after ovulation at about 37 degrees. The pharmacy also you can buy special tests, which respond to hormonal changes women. Perhaps the passage of ultrasound, which the doctor judges the occurrence of ovulation. There are also subjective symptoms that the woman may feel: an increase in sexual desire, abundant mucus, tingling or pulling in the area of the ovaries.

2. Obstruction of the fallopian tubes. Due to adhesions in the tubes, the fertilized egg cannot reach the uterus, therefore she dies or is fixed in the tube, causing an ectopic pregnancy. Cause of obstruction are inflammatory diseases, surgery. This pathology requires surgical intervention.

3. The incompatibility of the partners. In medicine, such a diagnosis does not exist, however, experience has shown that incompatibility can arise due to immunological factors. In such cases, a woman's body can reject sperm, perceiving them as foreign. To resolve the problem, perhaps medication temporarily suppress the immune system.

4. Infertility partner. In the male sperm can contain an insufficient number of sperm or their viability is limited. On the characteristics of sperm is influenced not only by infectious and chronic diseases, but a way of life. Stress, increased physical activity, poor nutrition, bad habits can significantly degrade its quality. Therefore, to identify the causes of non-occurrence of pregnancy must be examined for both partners.

Can't get pregnant - what to do?

1. Should have sex in positions when a man penetrates a woman, preferably with raised hips. After sexual intercourse it is recommended to lie down a little and not to wash genitals for 2-3 hours.

2. As folk remedies recommended douching with baking soda for half an hour before sexual intercourse, it allows you to create the vagina an optimal environment for sperm.

3. It is believed that administration of decoctions of upland uterus, red brush, sage also helps a woman to get pregnant.

4. Depending on the reason for not getting pregnant, the doctor may prescribe various medicines.

5. If after the treatment pregnancy does not occur, you can resort to drastic methods such as artificial insemination (introduction of semen in a laboratory environment in the vagina) or EKO (artificial insemination). In case of impossibility of carrying a child is sometimes used in surrogacy, but in the most severe cases, it is possible to adopt a child.