Pike - a predatory freshwater fish. Sometimes it grows to enormous size and to catch a dream of many fishermen. Spotted the toothy fish will be a worthy trophy, if you know when a pike is caught. 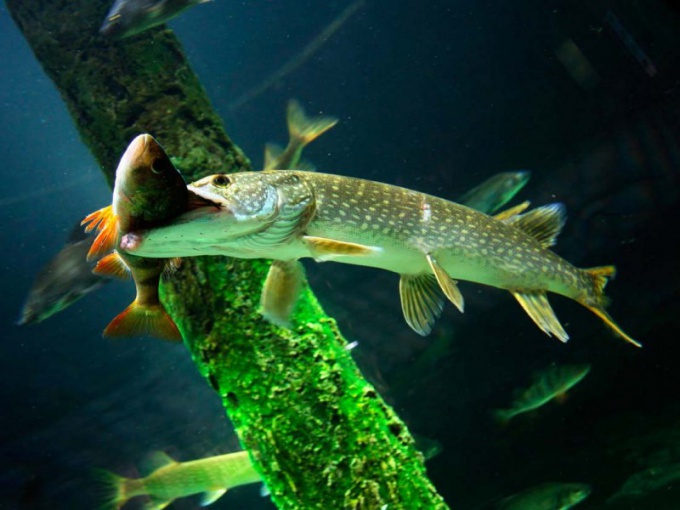 Pike caught almost all year round, with the exception of deep winter, when frost binds in thick ice water. But in the spring, in March-April, one has only to see the first patches of open water, pike becomes more active and takes on spinning. But this trip is dangerous because the ice is sometimes thin and can break off. And if you use a rubber inflatable boat, the sharp edges of the ice can cut, which is also life threatening. Therefore, if it is not possible to catch pike from the shore, it is better to wait until the ice is completely melted.

Following intensive feeding pike starts after a week or two after spawning. To specify the exact timing of this period difficult, as different regions, they can vary greatly. After spawning the pike rests and recovers, but then she grabs everything. This is the time when pike is caught on any bait and at the same time her biting continues throughout the day. But it's worth noting that it's better to fish on a cloudy, but warm days and close to spawning grounds.

Then a big pike caught poorly, rarely getting a good copy, usually grab the bait small travanti, up to 1 kg weight. All summer, alternating periods of active biting days of total silence. It is difficult to guess what time the pike will be caught, but noticed that before the storm, with the first peals of thunder, she is more active. And the evening and morning.

But in the fall for the fisherman begins holiday - pike zhiruet, it accumulates nutrients for the winter and becomes very active. It caught on spinning and float fishing with live bait. Well off imitation fish, put on a night near the bushes on the shore. During this period you can catch pike on mugs. Of baits it is better to use bait, as similar to the real fish than just a metal spinner. Pike caught before the cold snap, when fish goes to the depth.

In the winter, too, can catch until January. For this purpose, winter imitation fish for pike. But spring fishing is the best.