The history of Barnaul: urban legends

Legends of the city of Barnaul romantic and mysterious. They are closely connected with the history of the city, and some of them even formed the basis for the mysterious stories and novels, written by the great Russian writers. And all because no urban legend will not appear out of nowhere. And Barnaul legends proof. 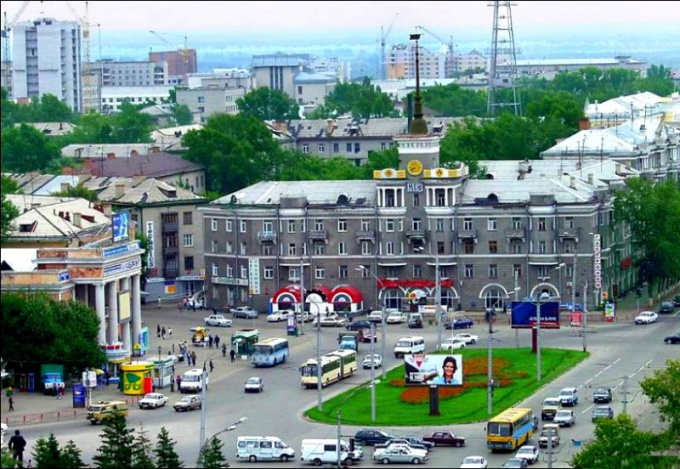 The history of Barnaul: the legend of the Blue lady

The mysterious and long known to the Barnaul legend retold by the writer of the Altai Republic mark Yudalevich.

Modern building of a city administration of Barnaul is very old. Earlier there lived the chief of the Kolivan-Voznesensky mining district. According to historical references, the name of the mining engineer Petr Kuzmich Frolov. He lived in this house in the early 19th century. Being in honorable age he married a young girl. One of the balls the young wife danced with the visiting engineer.

Jealous husband grabbed his wife by the hand and forcibly led into the dungeon of his house. Where she was walled up by order of the husband-the jealous man. The Barnaul rumor has it that the Blue lady is the restless soul of this unburied girls at night appears in the night and in the building and in the streets surrounding the administration and waltzes.

The history of Barnaul: the legend of Demidov

The base of the Barnaul copper-smelting plant construction – the handiwork of akinfiy Demidov, which in the mid-18th century received land from the state. His life is certainly not without speculation and legends retold by residents of Barnaul.

The legend of Demidov, he secretly smelted silver in Altai works. It was discovered by the state and confiscated all the wealth transferred to the Treasury. Furious Demidov cursed their plants on his deathbed. Since then, in the month of may in the area where the plants are occasional disasters. In 1917, the area was a strong fire, killing dozens of people, in the spring of 1973 because of the strong spill the Ob here there was a flood, but much later, in the late 20th century, again in may, burned down the hotel "Imperial" and the BTI building, built on the site of the old Demidov plant. Probably this legend could come up with themselves Barnaul, in order to explain misfortune. However, the history of Barnaul contains a lot of interesting legends.

The history of Barnaul: Dunkin grove

A beautiful legend about the deceased girls, probably very is Barnaul. In 1990, the Altai writer Vladislav Kozodoeva wrote a story about Dunking grove called "We are from the legend, or the Eerie mystery of the Barnaul name. The grove, located from the former Nagorno cemetery, VRZ present Park, to the village of Chase, has long been cut down. And the legend is repeated persistently by Barnaul from mouth to mouth.

Grove became known as Dunking after the disaster - there was herself a peasant Evdokia in 1904. Still unknown, she voluntarily retired from life or helped her. Since that time, the Barnaul who live nearby or on the spot Dunking groves, see the Ghost of a young girl. Today the groves were only a couple of trees in the center of Barnaul – about the building "Altai state technical University. By the way, on the basis of this story was even made into a TV series in the West, the "Hand of KGB".

The history of Barnaul: the cursed mansion on the bitter

Two-storey old mansion of brick on Gorky street so called in Barnaul "cursed". There today you can see the walled up with bricks balcony door on the second floor of the building. According to legend, Barnaul, during repairs, during the demolition of the walls in the basement in 1929, was discovered the skeleton of a man. Immediately caught my eye, a fractured skull, many broken teeth.

In the late 19th century in this "cursed" mansion lived two brothers. They did not live very peacefully, since constantly fought each other for the love of a French chambermaid. One day the younger brother allegedly went to the fair in another city and disappeared. The Newspapers accused the gang of Gregory Marked, at that time very dangerous to travel.

But, most likely, it was different. Dark rainy night during the fight the older brother brutally murdered the guy, then immured in the wall of the basement.

After a time the dead man began to appear to the killer: on a rainy night on the balcony appeared the image of him with broken teeth and bloodied and maimed. So crazy brother was the killer, did not deter runaway love-the French and died in agony from a severe nervous breakdown.

As you know, in Barnaul never had not even started to build the subway. The history of Barnaul contains only the construction of several underground tunnels. Known housing related numerous underground passages – the building of the Altai state technical University. However, according to the legends of Barnaul, is not the only building with tunnels. Although the legend actually has no evidence and any reason.

Up to the present day, many believe that the building of the wedding Palace and the adjacent structure under the ground is a corridor, which in the early 20th century shot people. In the basements of these two buildings in the prison, the prisoners awaited their sentence. Due to this, and can now be found at night in these buildings bring.