What is a dot matrix printer

Dot matrix printers are the oldest of those that apply today. They output an image on paper in the form of individual points of the shock method. This technology today is obsolete but is still used in cases when you need inexpensive mass printing in large volumes at low requirements to the quality of the document. 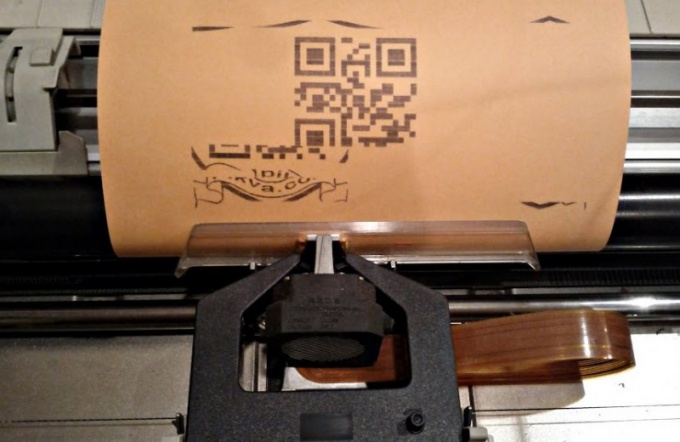 Related articles:
Dot matrix printers appeared in 1964. The mechanism was developed by the engineers of Seiko Epson Corporation. In this kind of computer printers for forming an image includes a printhead which consists of a set of needles. This head mounted on the carriage, the movement of which sets the guide located transversely to the sheet media. The needles, which is the head, are actuated with electromagnets. In the given sequence the needles strike the paper through an ink ribbon. Such tapes are used in ordinary typewriters and supplied in the cartridges. Thus, a bitmap. Print speed of printers by this technology is measured in characters per second, or CPS. Matrix printers enables you to print on media of different thickness, for which they are provided with a mechanism adjusting the gap between boomgaarden shaft and the print head. The resolution of printing dot-matrix printer as the printing speed depends on the number of needles in the print head. Most common printers with 9 and 24 pin heads. 9-needle printers feature high-speed printing at a low quality level. While 24-needle printers are of high printing quality, but much lower speed. Media printing for dot matrix printers usually performs roll or fanfold perforated paper. When using a sheet of paper, in most of the models require manual refilling. Some models are equipped with a mechanism of the feeder of a sheet of paper. Multicolor printing is also possible with the use of dot matrix printers. Some models suggest the possibility of using four-color CMYK ink ribbon. To change the colors in these printers, a mechanism that moves the cartridge tucked into his tape relative to the print head. On a color dot matrix printer you can get 7 colors. 4 main colors when it is printed in one pass, and two. Multicolor dot matrix printing allows you to print out coloured text or simple graphics, but to get colorful, realistic images, it is not suitable. In some models the possibility and full color printing with additional equipment. In connection with the advent of color inkjet printers, which have much more high performance, dot matrix color printers are practically not used.
Is the advice useful?
See also
Подписывайтесь на наш канал