Mirror writing. What "handwriting of Leonardo"?

Mirror write mirror writing, as psychologists call the phenomenon when a person writes left to right and Vice versa. Moreover, all the letters look like written in mirror image. This feature has another name – "handwriting Leonardo". 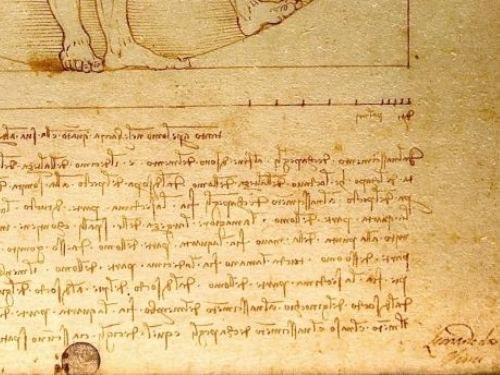 Mirror writing is called the "handwriting of Leonardo" in honor of Leonardo da Vinci. This man was an artist, scientist, sculptor, architect, inventor, etc., Many of his recordings, including the famous diary, was written exactly from right to left and all letters are depicted opposite.

For centuries many have tried to answer the question why da Vinci kept his notes exactly mirrored handwriting? At the moment there are two main theories. The first is that the genius had to hide their notes from the reading. Thus, da Vinci used this method to encrypt their records.

Proponents of the second theory explain this feature records the da Vinci its convenience to the author. Under some assumptions a scientist used to writing left hand. And as proved by latest studies, if you're left-handed, then it is much easier and faster to write the letters in mirror image.

The phenomenon of mirror writing is not rare, and most children, not only left-handed, ranging in age from three till seven years it is possible to observe the spontaneous emergence of "handwriting Leonardo". According to scientists, it is a necessary stage of mastering the skill of writing. But more often, this feature can be seen in people who enjoy writing with my left hand.

Some doctors attribute this phenomenon with mental and physical diseases of the brain. Very often mirror writing occurs in schizophrenic patients with focal brain damage, epilepsy and neuropsychiatric disorders. And often "handwriting of Leonardo" found in people with diseases affecting the left hemisphere of the brain.

At the moment there is no consensus about what exactly is associated mirrored handwriting. Is it a sign of mental or physical abnormalities in the brain or it manifests itself in the genius? Also there is no exact statistics of how left-handedness is a prerequisite for the occurrence of mirror writing. The phenomenon of mirror writing is still being researched by many.