Among the infectious diseases that pose a serious danger to human life, particularly the Siberian ulcer. The carrier of the disease - livestock. For a person with late the early treatment of anthrax is becoming a deadly disease. 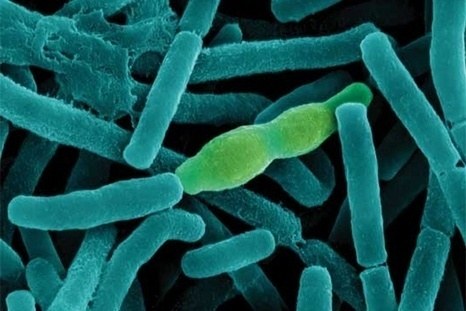 Anthrax can without a doubt be called one of the most feared infectious diseases of mankind. This disease belongs to the category extremely contagious and poses a direct threat to the life of the population.

Carriers of anthrax are animals. Basically, the disease affected cattle, so in some villages with the development of farming there is a risk of outbreaks among people. Even if the diseased animal is destroyed in time, a person remains a risk of disease because spores of the infection continue to live after death of the carrier.

Anthrax spores can survive in any environment for a long time, so the cause of the outbreak could become not only the sick or deceased animal, but the old cemetery, which was not guarded properly. Such abandoned burial sites pose a serious biohazard if their condition does not meet sanitary and veterinary standards. The causative agent may at any moment to break out and cause the outbreak.

For humans, the disease often ends in death. The most severe form of anthrax – lung, when the spores get into the Airways together with air. In a favorable environment, bacteria start to rapidly multiply, releasing toxic substances. Disease begins the same as normal flu, but soon the patient's condition is rapidly deteriorating. Gradually, the bacterium causes necrotic lesions and internal bleeding. Cases of recovery from pulmonary form of anthrax is almost is not fixed. Usually death occurs within several days after infection. Fortunately, the pulmonary form of the disease is rare.

Much more often doctors are faced with the skin form of anthrax. She meets villagers who had contact with infected animals. Bacteria enter the human body through the respiratory tract, and through breaks on the skin surface. Shortly after the infection on the skin occurs a characteristic black ulcer, lymph nodes become inflamed, deteriorating overall health. According to medical statistics, in 80-90% of cases of cutaneous anthrax easily lends itself to healing. For disease treatment using strong antibiotics.

People living in large cities, out of contact with cattle are also at risk of the disease, if you buy meat from unverified sellers do not have certificates of quality of their products. They risk to buy the meat of an infected animal and to get the gastric form of the disease, swallowing bacteria that are not destroyed by heat treatment.