How to master Tarot divination

Tarot divination is quite popular. Someone wants to know the future, and someone to understand himself or the attitude of other people. To learn how to work with Tarot is not difficult, but not easy. Here, as in any field, you need the interest, the time for the development and study of maps and interpretation methods. 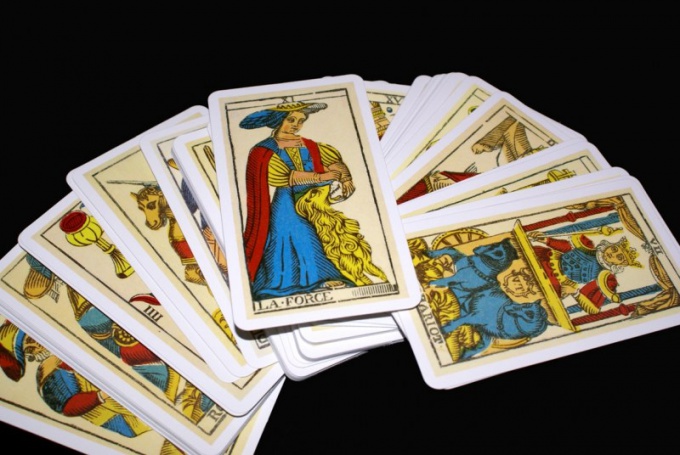 Related articles:
You will need
Instruction
1
Decide what you need to learn Tarot cards and whether or not you are willing to spend time and effort on it. Sometimes people perceive the idealized prophecy and believe that one can learn anything in two minutes. In fact, look usually only in the near future, and the easiest way to deal with this. In addition, there is no absolute accuracy, only hints.
2
Pick up a Tarot deck, at the initial stage, preferably one of the classic. For more classics of literature, and with non-standard decks then it will be easier to understand with the base. Choosing the same non-standard deck, having no experience, you can simply get confused.
3
Find a good tutorial. Pre-read reviews about books, because literature on the subject a lot, but a lot of useless, especially for a beginner. The tutorial should be given the basics of working with maps, and a fairly complete characterization of the Older and Younger Arcana. It makes no sense to purchase books with the hands, because at first just one or two hands. You can rent them on the Internet. Or you can just lay out three cards.
4
Learn the basics - the characteristics of the four suits, the Senior and minor Arcana, court cards, symbols of your classic deck. Try to start practicing pulling in the morning map to the afternoon, and evening, analyze the event. Take short hands of three cards.
5
Observe the precautions. Use candles during divination to cleanse the space and protection. Don't ask twice the same - so you can influence the situation, and not necessarily in a favorable way. Don't make sessions long, not to be tired, to avoid the loss of energy. Don't pick a card if you are sick or not feeling well.
6
Do not spray. Often beginning tarologi so passionate about what they want to buy all the beautiful deck, and there are today very much. As a result the person begins to collect the cards, and not having time to use them all. Or, not having dealt with a single deck, beginning to learn another. In the end, the progress is small. Of course, you can have one or two extra decks, if you already have a good understanding of basic.
Is the advice useful?
See also
Подписывайтесь на наш канал