Where to go in Sergiev Posad

Sergiev Posad, entering into the Golden Ring of Russia, visited annually by over a million pilgrims and tourists. Experienced guides help you to appreciate the greatness of the many historical monuments of the Sergiev Posad land. 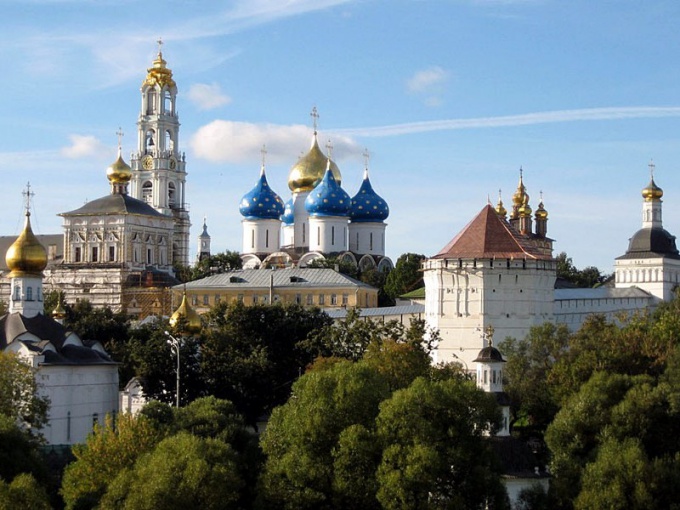 From any point in the old Russian town located 70 km North-East of Moscow, overlooking the Golden domes of its main attractions - the Trinity-Sergius Lavra. The monastery, founded in the mid-14th century by St. Sergius of Radonezh, a UNESCO world heritage site.

In the monastery Sergius of Radonezh blessed in the campaign against the Tatars of the Prince Dmitri Ivanovich. In the late 17th century hence the absolute ruler went to Moscow the great king Peter. Here is buried the famous political and spiritual leaders of Russia.

On the territory of the monastery are the relics of St. Sergius of Radonezh, the remains of Tsar Boris Godunov and the outstanding Russian painter Maxim the Greek. Here is located the Church of the Descent of the Holy spirit, the assumption Cathedral, five-tiered bell tower crowned with a dome in the form of a Golden bowl, and many other religious and civil buildings of the XVIII-XIX centuries.

Many interesting things can be found by visiting the building of the former commercial school on the hill harrow on the Cellarer of the pond. It opened the door to the unusual Museum of toys, a craft which has long been renowned for Sergiev Posad. The Museum is located at the address: Avenue of the red Army, d. 123, founded in 1918 and has a collection in excess of 3000 copies. It is open from 10:00 to 17:00 every day except Monday and Tuesday. To obtain the necessary information by phone 8 (496) 540-4101.

In the city, 3.5 km from the monastery, on the Bank of the pond is Korpusenko Gethsemane skete of Chernigov. The monastery, founded by Metropolitan Filaret in 1844, has a rich history and is open to the public. To get to the place you can drive 20 minutes on the 38 bus from the station "Sergiev Posad" to stop "Turn in place".

15 km South-East of the city is the waterfall gremyachiy key. According to legend, this unusual place has arisen because of the prayer of St. Sergius. Paths to the source are covered with decking, wooden troughs appears water, for miraculous properties which daily rush of numerous tourists and pilgrims. To visit unusual places you can, driving half an hour for the 37 bus from the station "Sergiev Posad" to stop Shil'tsy. Then, turn left, go 5 km field.

For guests and pilgrims in the city opened the doors of more than a dozen hotels. Study layouts, routes of travel, to see the living conditions, learn the contact numbers and addresses of web resources or to obtain other detailed information about as generous historical attractions Sergiev Posad land on the site CoolPool.ru.