How to cook the meat of the spiny dogfish

The spiny dogfish is a small shark, whose habitat – Black and the sea of Japan. The spiny dogfish can be considered commercial fish, because its caught on an industrial scale to produce liver fish oil, from tails and heads, glue, and meat – lots of delicious dishes. 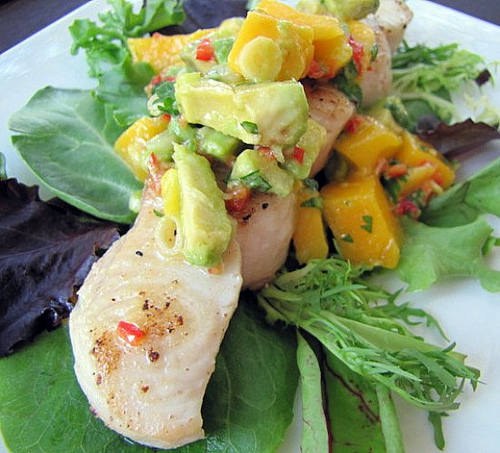 The meat of spiny dogfish, in contrast to meat other sharks, do not need pre-treatment. Enough to soak it in cold water for 2-3 hours. Most of the recipes that featured shark meat, the Japanese. But you can find dishes of small sharks in the cooking of the peoples of Asia, Africa, Europe and Latin America. So, for example, in many countries of fresh meat of small sharks prepare ceviche. For it take 500 g fresh fillet, 1 Cup chopped bell pepper 1 Cup chopped onion, 1/2 Cup chopped cilantro, salt, pepper and, most importantly, 1 Cup of fresh lemon juice. Fillet cut small cubes with two sharpened chef's knife, pour freshly squeezed lemon juice or lime and marinate 24 hours in refrigerator. Then the marinated meat is mixed with pepper, onion and cilantro, seasoned with spices and served with crackers.

The most famous dish of shark meat – shark fin soup. This dish Chinese food, which is valued not so much for the taste – honestly, it's almost tasteless – what's attributed to him side effects. But shark steak or shish kebab – a meaty and flavorful. To make the steak of the spiny dogfish, take 2-3 tablespoons of the mixture of crushed peppers, 2 shark steak boneless, 1 tablespoon butter, vegetable oil and 2 tablespoons of cognac or brandy. Remove the steaks from the skin, rinse them, dry kitchen towel and roll in a mixture of peppers. In a saucepan heat the butter, add the vegetable and fry the steaks 4 to 5 minutes on each side. Season with salt. Take the catamaran from the pan to a warm plate, cover with foil and add the cognac. Prepare the sauce, warm the cognac with melted fish oil, and pour it over the fish.

Instead of sauce on alcohol with these steaks can be submitted, fresh salsa. Prepare it, for example, mixing 1 1/2 cups diced mango and strawberries. Over low heat in a small saucepan melt 1/3 Cup of brown sugar with the same amount of rice vinegar, add 2 tablespoons of chopped ginger, put chopped fruit, boil for 15 minutes, then add 1/2 teaspoons of cardamom and 1 teaspoon mint. Salsa is ready.