How to cook cutlets of squid

Recipe of cooking cutlets of squid will interest lovers of seafood. In addition, the dish will help to diversify the daily family diet, but also suitable for those fasting. 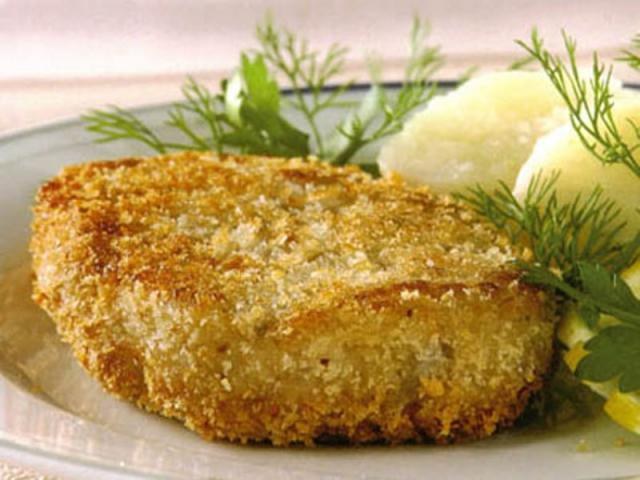 Related articles:
You will need
Instruction
1
Defrost fillets squid in the air or putting them in salted cold water. After the squid is thawed, remove the skins with the point of her with a knife. Rinse fillet with cold water, put the squid in a colander and let the water drain out.
2
Soak white bread in water. Peel the onion. Miss squid fillet through a meat grinder or cut into very small cubes. Onions also scroll through a meat grinder instead, or finely slice it and fry in vegetable oil until Golden brown.
3
Break the eggs, separate the whites from the yolks. Finely chop the dill. Press white bread and put in the mince, add the egg yolks, salt, pepper, dill and mix well. If you want stuffing, you can add chopped garlic.
4
Whip the egg whites and mix them with the stuffing. Break the egg into a Cup, lightly whisk. Prepare the breadcrumbs or flour. Put the pan on the fire.
5
Pour on a heated frying pan a little vegetable oil. Moisten hands with water, form small meatballs and begin to fry them. Dip cutlets alternately in egg batter and then roll them in breadcrumbs or flour.
6
Fry the cutlets of squid in a skillet in hot oil over medium heat on both sides until Golden brown (about three minutes each side). Serve them to table hot, and cold. To prepare cutlets of squid on the side mashed potatoes and sour cream sauce.
Note
Remove the peel with a struggle and in this way: put the fillet for a few seconds in a bowl of hot water and then dip the squid in cold water. After that, the skins can be easily removed with a knife or hands.
Useful advice
To cook the patties of squid to vegetable table, put in the meat instead of raw eggs boiled small pasta. In this case, the soaked white bread need not be added.
Is the advice useful?
See also
Присоединяйтесь к нам
New advices