How to find a movie on the picture

Participating in various contests and quizzes for movie buffs, you can often face with the task to guess the movie represented him fragment. Sometimes the task is complicated by the fact that selects an unremarkable frame. 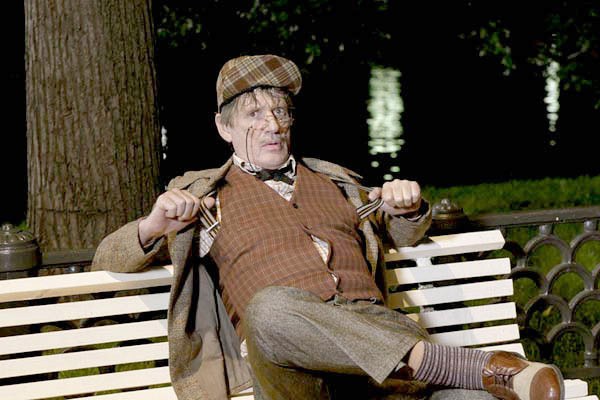 Related articles:
You will need
Instruction
1
The method of search depends on where the picture you need to guess the film. If you have the option to save the image to your computer, use to solve the problem with Google search using as the query represented by the frame. Open the window search program and hit the "More" tab then "All products". After that you will open a window with a list of all available features Google.
2
Select the link: "Search by image". Go for it, you will see the window "Google Images". Click on the camera icon located near the search box, and select the method of loading the image "Download file" or "reference". Before downloading the file, save a frame from the film on hard disk. Then click "Browse" and select the saved file. After you enter it, the program immediately searches all data associated with the image of the web pages.
3
If you have no image on the computer (picture posted in a magazine, newspaper, etc.), take advantage of other search options. Analyze presented frame. If on display fragment no people (actors), as depicted, for example, the natural landscape, to guess this picture is quite difficult. There are many films with similar full-scale filming, so very easy to confuse one film with another.
4
A little facilitate any additional items or objects in the frame. For example, even the icon hanging on the wall in a certain angle, can tell a connoisseur of cinematic art that it is a fragment of the film of A. Tarkovsky "Andrey Rublev".
5
Note the household items, if they are present in the picture, try to use them to clarify the historical period of the narrative. When the frame is present in the vehicle, its model can accurately determine the time of action, and sometimes the country. For example, the car GAZ-21 "Volga" at once brings the viewer into the Soviet Union in the sixties and seventies. Maybe you see a frame from the film of Eldar Ryazanov "Beware of the car".
6
Try to understand the country in which the film is based on the appearance of streets, interior design, appearance of the characters (if any). Well, if you manage to spot the film's genre (action, romance, Comedy, fantasy, horror), it will greatly narrow the search boundaries.
7
If in a shot there are actors, and they are known to you, but the movie itself you can't remember, open their filmography and read them carefully. Perhaps you will see the name that was searched for. If you have difficulties, try to determine the age of the actors depicted in the snippet. Review the corresponding part of the filmography, this will reduce total search time.
8
Use the power of search queries. For example, the presented fragment depicted Oleg Tabakov, riding on the wagon with some girl. Let's say you learn at a young girl Elena Proklova. Enter a search string in your browser similar to this request: "Movie with Oleg Tabakov and Elena Proklova". And at least one of the presented resources will give you the result: "Gori, Gori, Moya Zvezda". Use the search service greatly facilitates the correct definition of the film.
Is the advice useful?
See also
Подписывайтесь на наш канал