How to pay tax on the car

Was an old dream come true - you bought the car. Along with a lot of advantages you acquire some obligations on maintenance of own transport. In addition to insurance and routine periodic technical inspection of the automobile, you are now obliged to pay an annual tax on the car, the so-called tax on the vehicle. 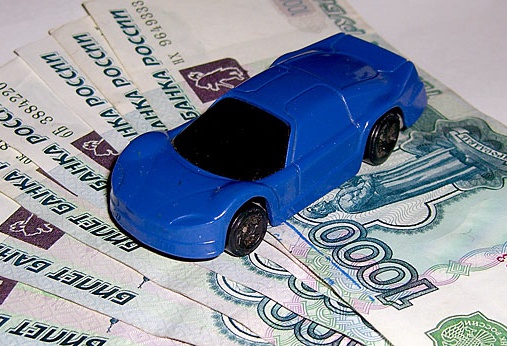 Related articles:
You will need
Instruction
1
Transportation tax applies to the category of local taxs, so its rate in each region may vary according to the underlying component, but not more than 10 times in the direction of its increase or decrease. The tax legislation of the Russian Federation annually establishes a single basic rate tax. Currently, according to article 361 of the RF Tax Code, the following base rates of the transport taxand cars:
• up to 100 HP - 5 R. with 1 HP;
• over 100 HP to 150 HP – 7 p.;
• more than 150 HP to 200 HP – 10 p.;
• more than 200 HP to 250 HP – 15 p.;
• more than 250 HP - 30 p
2
Transport tax begin to accrue from the moment of setting the machine to state records since the month in which you registered.
To calculate in advance the amount of taxand you can only be found on the official website of the Federal Tax Service of the Russian Federation the basic rate taxand the 1 horsepower (more HP) of the vehicle, is installed in your area.Example: You live in the Krasnodar region and are the owner of the car with engine capacity of 105 HP Rate taxand in 2010 the region established 25 p/HP
For the full year of operation, you are required to pay the amount of tax105 x 25 = 2625 R.
3
To pay the transport tax is entitled to a one time per year. Tax authority at the place of your registration in advance should be sent to your address by mail taxial notice is designed for the car taxnd and the receipt of payment.To pay transport tax for the previous year should be not later than July 1 for Moscow (or 1 June for some other regions) current year in any branch of Sberbank or another Bank that provides such services to the population. More precisely the timing of payment of taxand in your area you can learn on the same official website of the FTS.
4
If you do not live at your place of permanent residence, it is best to come personally to taxinspection ovuu and get there the receipt for payment of the transport taxin advance and to pay the tax without delay.
5
If you live at the actual registration, Nona received a notice to pay vehicle taxand you also should contact the taxowou inspection for a receipt to avoid late payment.
Note
According to the Tax Code of the Russian Federation in case of untimely repayment of vehicle tax from the payer will be charged interest at the rate of 1/300 of the refinancing rate of the Central Bank per every day of delay. Receipt for repayment of the fines you can get in tax inspections in a place of registration or on the website.
Useful advice
Cars with engine power up to 100 HP, obtained or acquired through the bodies of social protection are exempt from tax on the vehicle.
Also from payment of tax on the vehicle shall be released Heroes of the Soviet Union and other categories of citizens listed in the relevant regional legislative document, which can also be found on the website of the FTS of the Russian Federation.
Is the advice useful?
Присоединяйтесь к нам
New advices