How to advertise in the newspaper "hand in hand"

To advertise in the newspaper "hand in hand" in several ways. The cheapest option - take to the nearest point of reception of the ads.
A faster way is to call the office for stationary or mobile. To advertise on the newspaper's website through the Internet, but in printed version, it will not be included. 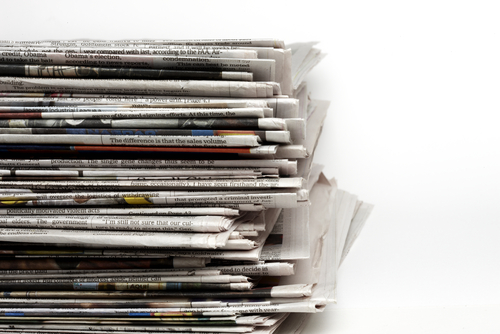 Related articles:
You will need
Instruction
1
The most favorable option is to cut out any newspaper coupon of a free ad, fill in the working hours attributed to the ads.

Such items are in all regional centers, where the edition. In large cities there may be a few, small, usually one located in the center or close to it.

'The items are in paper editions of Newspapers and on the regional versions of its site.

The fed announcement will be released in the next issue of the newspaper.
2
Call from a landline you can pay for a phone card, SMS, or on receipt of the operator's fixed-line phones.

Card payment can be purchased in the salons of "Euroset" and "Alt-Telekom" or points of reception of newspaper ads. The card must be activated by following the instructions on it, and then call the number on her number and to dictate text ads. The minimum capacity of the card - 10 units, one unit is equivalent to one particular ad. The cost of cards - 420 R.
3
To pay for the ad and the receipt of the urban operator. For this we need to call the call center at the telephone number that you can find in the room a printed version of the newspaper for your region or on the website. For the different categories may be provided for different rooms. The price is 35 p per call, one call allows you to dictate one ad.
To pay for services via SMS have to send the message on short number which can be found in the printed edition or on the website of the regional version of the newspaper. In reply SMS you will receive a code that you need to call by calling the call center. The cost of SMS depends on the operator, the average of 101.6 to 140 rubles.
4
To dictate an announcement can also from your mobile phone by calling to the number (it should also be in the printed version of the regional issue and on the website). Price of minute of conversation - from 85 R. depending on the operator. The number of listings per call is not restricted.
In most of the headings on the newspaper's website can beto give a free ad using the form on the website. You will need to register on it. In the printed version of the newspaper, these ads will not be included.
Note
For some cases (for example, the announcement that the lost document should be considered invalid, use only the printed version of the newspaper.
Useful advice
Buy a phone card makes sense only if you plan to advertise regularly and in large quantities. In this case, the more units on the map, the cheaper the cost. For the sake of one or two ad to buy a phone card disadvantageous.
Is the advice useful?
See also
Подписывайтесь на наш канал