How to treat chickenpox in adult

Varicella is an acute viral disease, occurring very easily in children and is much heavier in adults. The main symptoms of chickenpox – rash all over body in the form of bubbles, characterized by severe itching. To treat chickenpox in adult, like the child, in fact, impossible, but you can ease the symptoms. 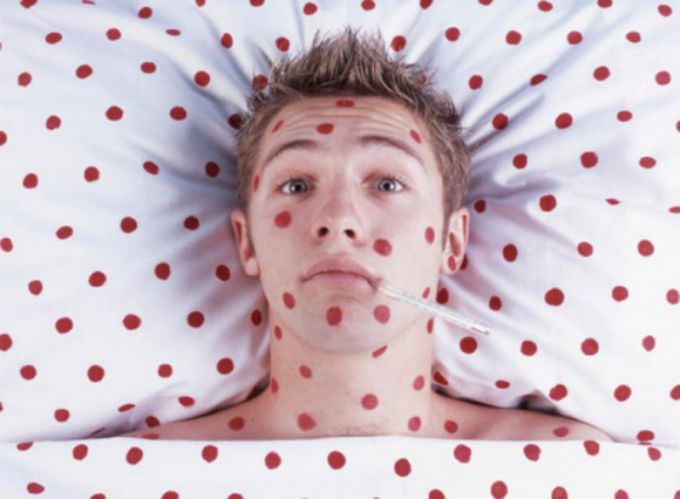 Related articles:
You will need
Instruction
1
Chickenpox is a type of herpes virus. Transmitted infection through the breath and is distributed throughout the body through the blood. Blisters in chicken pox are not limited only to the skin, and can capture and esophagus, pancreas, ureter and renal pelvis, and bladder.
Get chicken pox, mostly children 2-8 years old, but can get it and a grown person of any age and race. After suffering illness in humans produces immunity, so the second time chicken pox is very rarely sick.
2
Chickenpox in adults is much harder than in children, and has a higher degree of complications. The most dangerous of them is accession to the varicella encephalitis, which can lead even to death.
In adults chickenpox is treated the same as children. Specific treatment of this disease is not. All treatment is to alleviate itching and to ensure comfort of the patient. In order to avoid complications for patients are advised to observe bed rest.
3
The patient with chickenpox shows concentrated bath soap, as soap dries the rash. Linen of a sick person are changed daily.
4
Greatly relieves itching varicella 5% solution of sodium hydrogen carbonate and talcum powder containing menthol. Antihistamines also help to reduce itching. During treatment of chickenpox nails of the patient should be cut short to avoid scratching the itchy bubbles. If you get infected in the future on the skin can be scarring or deep scars. The probability of a festering sore blisters in adults is much higher than in childhood.
5
To treat chickenpox in an adult can also use a simple "green stuff", which is well heals the rash on the skin. To speed recovery it is recommended milk diet and drinking plenty of fluids.
Is the advice useful?
See also
Подписывайтесь на наш канал