How to fold a soldier's triangle

It was wartime, when the ability to add letters to a soldier triangle was relevant. Even children of preschool age, playing "in the commissioners and the Nazis", folded sheets of newsprint like this letter and "sent" it to the front of the fathers. In the years of the Chechen wars our soldiers are sometimes forced to resort to the same method of folding letters in a soldier's triangle. 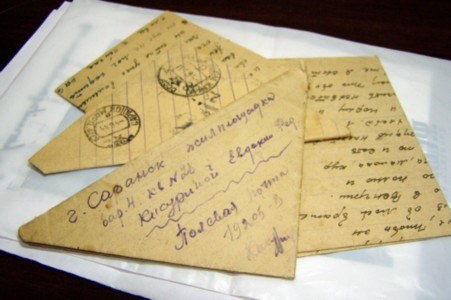 Related articles:
You will need
Instruction
1
Take a sheet of paper on which you are going to write a letter. The sheet should be rectangular, not square, as the square it is impossible to lay down the soldier's triangle , and properly secure to ensure that the letter has not collapsed.
2
Write the letter only on one side of a sheet of paper in order to have a place for further writing of addresses. Or fold the piece in advance and mark those portions of its surface, which you can fill with text.
3
Fold the rectangle of the letter, pulling down and to the left, first upper right corner to the upper horizontal edge of the paper lay flat on the left vertical edge of the sheet. Should be a quadrilateral with an acute angle top.
4
Pull the upper sharp corner of the resulting shape from the paper to the right and down. Get something resembling its contours kid's house with a huge roof and a tiny living area. If the resulting Pentagon you saw something like that, then you did everything correctly and should only perform one last act of folding letters.
5
Tuck the folded part of the sheet, which resembles the "residential part" of "house" in the gap between the top folds of the letter to make a triangle. To the end of the sheet can easily be refueled in a triangle fold the corners of the bent parts.Correctly folded soldier's envelope does not break while turning, especially when its further transportation.
6
Email address of the recipient and sender on the same (front) side of the soldier's triangle. The other side traditionally set aside clean: during the great Patriotic war on the blank blank side of the letter wrote additional ' in the case of departure of the recipient (in another part of the hospital and the like). Mark such envelopes was also not pasted.
Is the advice useful?
Присоединяйтесь к нам
New advices