How to flush a radiator of the gas column

The reason for the contamination of the radiator gas column is the formation of scale. As a result, the hot water valve decreases the pressure and reduces its temperature. Flush the radiator, using the means at hand. 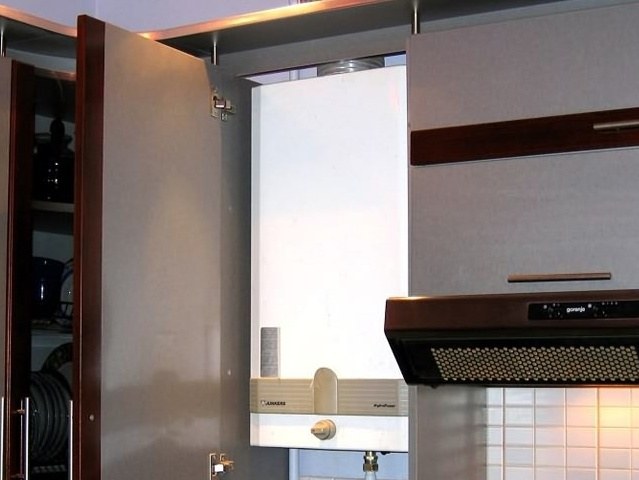 Related articles:
You will need
Instruction
1
Turn off the gas. Close the valve on the incoming water pipe. Unscrew it so that the water remained closed, and the entrance to the column was loose. Better to do it together. One person unscrews the valve, and the second substitutes for the entrance of the column bucket, as the pipe water is going to come.
2
Flush the radiator the gas column in this way. Plug the spout of the faucet in the kitchen or in the bathroom stopper and turn the cold water tap. The water goes through the column in the opposite direction, washing out the radiator.
3
Drain the water into the bucket. Wait for it to go from column without mechanical impurities particle, and then proceed to descale the radiator.
4
Take a garden sprayer and Unscrew the cap on it. Cut from the cap tip with side holes. Slip into the resulting hole in the PCV hose and clamp it with the clamp.
5
Connect the other end of the hose to the pipe that is within the column. Secure with clamp. Pour into the sprayer container of water and descaling agent in the amount indicated in the instructions with the tool.
6
Screw the cap to the container. Close the hot water tap. Upload in the column about a third of the capacity of the sprayer. The rest of the money pumped approximately five receptions at intervals of a few minutes. Release the pressure in the pipe prior to each injection, opening the hot water tap.
7
The scum is removed when the hiss from the action of chemical substances in the coil of the radiator will stop. Connect the speaker to the water. Open the spigot and drain the water until until it is clean.
Note
In order to prevent the formation of scale in the radiator heater manufacturers recommend to get the water the right temperature, without mixing hot and cold water with a mixer, and setting the desired temperature using the selector. If it is missing, in this case, after turning off the speakers drain the hot water from the radiator by opening the valve.
Useful advice
To the gas column during operation was not formed and the soot, once in two months, remove the veneer of the column and a thin brush to thoroughly clean the inside from dust.
Is the advice useful?
See also
Подписывайтесь на наш канал