How to motivate teen to study

Human nature the need for knowledge. Puberty is a very important stage of personality development. At this time there is not only hormonal changes, but also restructuring in the interaction between intelligence and emotions. 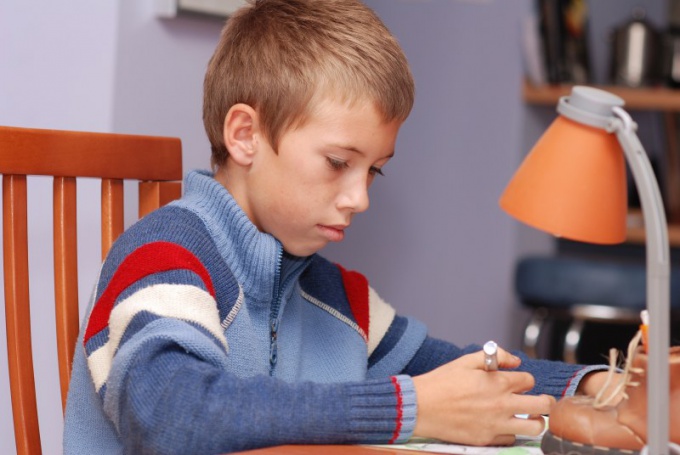 Related articles:
Instruction
1
A ban is not panaceathe of the main contradictions of a teenager is that he wants to be good, but not like when it's brought up. Of any inhibitions and gross interference in his life cause him a storm of indignation, protest. If categorical to require the teenager to do something, the more likely he will go contrary. And if we strengthen the requirement of threats of punishment, it will only worsen the situation.
2
With a red flag in rocodile young citizen the opportunity to feel a part of the team. Social motivation is most effective for adolescents. In a team, the person feels a responsibility to society for their activities. Talk about heroes and about the exploits of talented artists and craftsmen "Golden hands". May he be inspired by the idea of the perfect achievements, mentally comparing himself to one of the heroes. Motivate to study it is the desire to feel that sweet feeling, when the team speaks well of him.
3
Personal primerokot teen and eager to show his independence, he still looks at you, and to some extent imitate you. If you passionate about people? If you silently and sullenly walk to work, and in the evening "sleep" in front of the TV with a bottle of beer, what good will learn from you a teenager? Take a proactive stance yourself, read books, go skiing, play volleyball, embroider a cross. Remember, what you are dreaming in adolescence, and try to realize your dream. Maybe you wanted to learn Chinese language? Put stage speech?
4
Not in breadth, and globwholesale take to the inner world of a teenager, his experience. He will feel miserable and lonely if everyone around will only demand, but no one will ask what he wants and that bothers him. If you think that the child behaves badly, try to find out reasons for bad actions. Behind the apparent "laziness" of a teenager is often hidden dissatisfaction with life, personal conflict, lack of normal contact with peers.
Is the advice useful?
Подписывайтесь на наш канал