How to read Egyptian hieroglyphs

Thanks to the preserved inscriptions it is possible to trace the development of Egyptian writing from the first symbolic hieroglyphics to the hieratic writing. During the Greco-Roman Empire, carved on the walls of temples Egyptian writing called hieroglyphs. This word is translated "divine writing" from the Greek( hieratikos — "sacred" and glypho — "cut"). 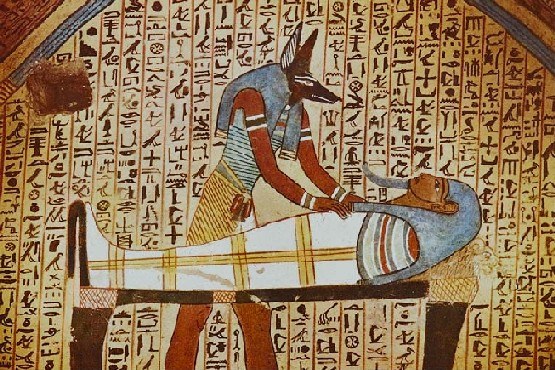 Related articles:
Instruction
1
For a very long time ancientEgyptian hieroglyphics depicting the heavenly bodies, creatures, human body parts, musical instruments and weapons seemed to be a mystery that will never be able to unravel. While in 1799 during Napoleon's expedition found no Rosetta stone – a basalt slab with identical inscription in three languages: Egyptian hieroglyphic, Egyptian demotic and ancient Greek. These labels have managed to decipher the French researcher Francois Champollion in 1822. From this time began the science of Egyptology.
2
In appearance the characters are a drawings of various objects and living beings. Each Chinese character or word meant, for example, a picture of a duck, does the word "duck", or indirectly, hinted at the content of the word. For example, the image of two legs meant "walk, run".
3
Best known for more than 5000 Egyptian hieroglyphs, but in each of the epochs were used no more than 700-800. Among the characters distinguished: odnokomnatnaya signs denoting the consonants of the Egyptian language, there are about 30; two-triconsonantal signs that convey morpheme; ideograms, representing whole words and determinatives, a subsidiary or unpronounceable characters, clarifying the meaning of words.
4
The meaning of many words is still known approximately. Basically it concerns the naming of the stones, animals, drugs. This is due to the fact that in addition to the usual letters in Egypt were consumed even cryptography to solve that is not possible.
5
In the normal (unencrypted) letter of the Egyptian texts are read, but say them out loud is impossible due to the lack of europethey vowel sounds. The ancient Egyptians had no trouble pasovat texts (to pronounce them with the vowel sounds). But to us this knowledge is not reached. So for the convenience of scientists and Egyptologists have agreed to insert between the consonants the vowel sounds "e". So, for example, the auxiliary sign ^ passed the combination of "s + an unknown vowel + n". Conventionally, it is read as "Sep". But a series of guttural vowels and polyglossic such as Russian "y" is also conventionally read as "a", "I", "u". This method conditional the vowel has nothing to do with the real phonetics of the Egyptian language.
6
World-famous names of Egyptian pharaohs Akhenaten, Nefertiti, gods RA, ISIS. Actually sounded like Ehnaton, Nefret, Er, Essay. This is also an approximate reconstruction given on the basis of the later Coptic language.
7
If you are fond of egiptologia and want to read ancient Egyptian texts independently, then explore the special directories and read books from leading scholars and Egyptologists. Be sure to purchase the five-volume dictionary of the Egyptian language, which contained about 16,000 words.
Is the advice useful?
Присоединяйтесь к нам
New advices