How to get ruby

The problem of production of artificial precious stones, their properties are not inferior to natural, took people a long time ago. Perhaps, since then, they have learned to make jewelry. Method of growing synthetic rubies and some other precious stones were proposed by French scientist Auguste Vermeylen in the late nineteenth century. The developed equipment allows to get rubies in industrial and laboratory conditions. 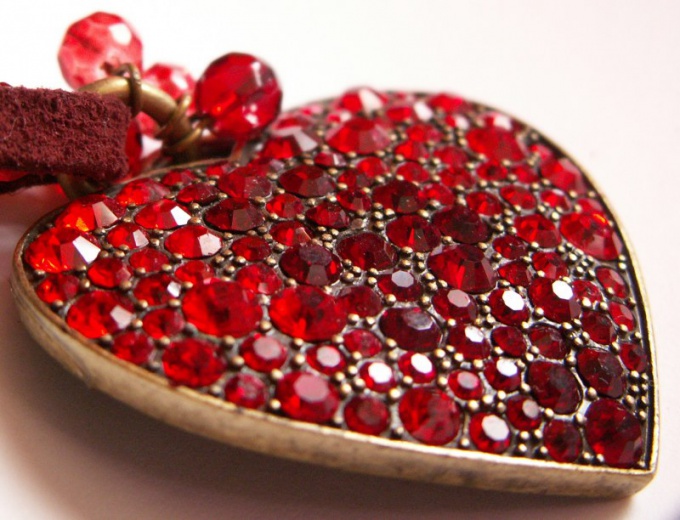 Related articles:
You will need
Instruction
1
The ruby crystal form called corundum. Similar crystalline structure has and sapphire, these two minerals grow in the same way. By itself, the corundum, which is called white sapphire, color does not matter. Ruby is red due to chromium. Sapphire can be not only blue, but also pink, yellow or orange.
2
To obtain ruby crystals in the laboratory you will need the device Vernale. It is a vertical burner, which is supplied with hydrogen and oxygen in the ratio 2:3. With this gas it is necessary to work very carefully. It is necessary to avoid leakage of oxygen, which uses a gas-tight seal.
3
For making powder use ammonium alum, as did myself, Vernal. In addition, there is chromium, and in the desired concentration.
4
Unlike many crystals that can grow just from the solution without any additional conditions, the corundum is formed from a melt powdered alumina with impurities. Carefully prepare the powder. It should be easy to crumble. However, alumina is not necessary to grind to such an extent that it began to evaporate at the slightest heat. The optimal particle size - thousandths of a millimeter.
5
Burner put into a ceramic muffle, which will prevent the growing crystal from cooling. The inventor of the machine was making a muffle, with window, closed by mica. In modern plants commonly used refractory glass.
6
In the upper part of the apparatus is a container made of chemical glass, which are connected to 2 tubes. The one located above, oxygen is supplied, and the lower hydrogen. The layer of alumina is between them. The powder should be very fine. In the upper part there is a hammer that easily shakes the container. In the middle of the unit, in the cold part of the flame is a ceramic pin, which falls a drop of melt. She needs to grow the crystal.
7
A very important point – cooling. The inventor of the artificial synthesis of rubies used for this purpose is water. The experiment was successful, so it can be repeated. The lower part is a ceramic "sleeve". On top of the tube, the bottom of which is a burner, usually a coil, filled with running water.
8
The process of obtaining a crystal looks like. The powder from the upper reservoir pours through a tube into the fire, where it melts and falls on the pin. There he again becomes solid. Formed bull – particle of a conical shape. It grows its top again falls into the hot part of the flame, where there is a secondary melting. There is a group of crystals, one of which is directed vertex in the direction of greater growth rate. This is the strongest crystal and it will suppress others. The operator can select the "perspective" of the crystal.
9
The flow of the flame and the powder can be adjusted. For example, in order to increase the diameter of the Boule, it is necessary that the powder began to fall faster. The flame temperature can be increased by feeding oxygen faster. The parameters depend on the crystal what size you need.
Note
We cannot allow sudden temperature changes – this may affect the shape of the crystal.
Is the advice useful?
See also
Присоединяйтесь к нам
New advices