How to teach to add syllables

With the situation where a child very quickly learns the letters, but then can't understand what to do with them, face many parents. To explain how the letters is obtained first syllable and then the word, is not always possible immediately. But it can be done, not waiting until the kid goes to school and begin to lag behind peers. 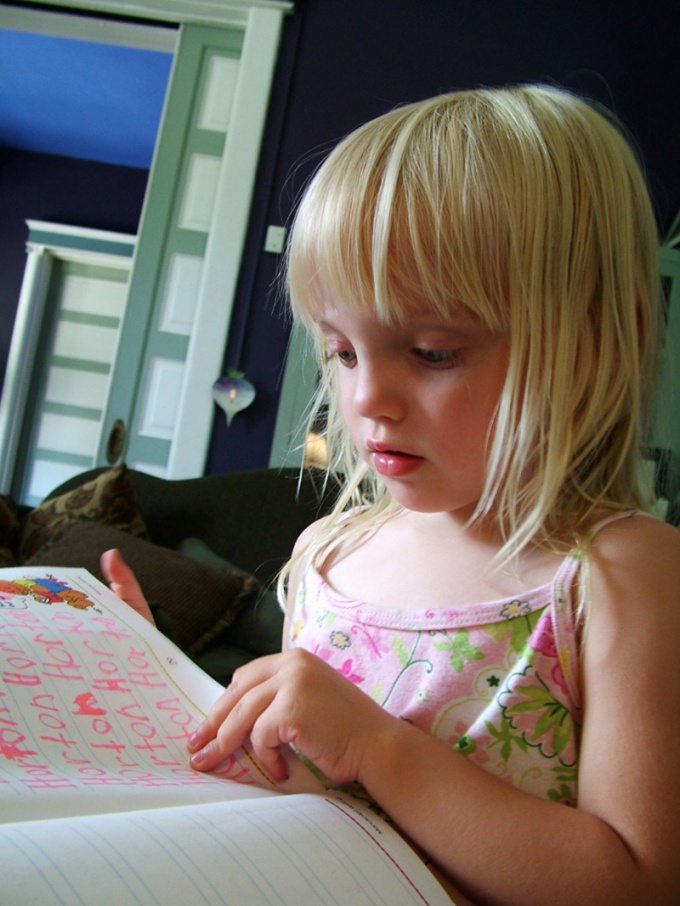 Related articles:
You will need
Instruction
1
Explain to your child what sounds are in the Russian language. Tell us what distinguishes vowels from consonants. You can pull the vowels and singing consonants are pronounced briefly, to stretch them not, but they can be voiced and voiceless, hissing and whistling. If classes carry out while playing, the baby very quickly everyone will remember that the serpent hisses, "sh-sh-sh," and this is called the head of a hissing, and a fabulous Brigand makes a whistling sound "s-s-s".
2
Teach your preschooler to make and paint models of words. This can also be done in the form of games. For example, ask him to come up with a cipher, understood only by you. Label vowel sounds by one conditional icon, and the consonants into another. Then you can mark the models of soft and hard consonants, hissing, whistling and other.
3
Show your child how the same letter is sometimes represented by different sounds. For example, the voiced consonant at the end of a word or before deaf can opasatica, instead of the vowel that is written, heard another. Some consonants when reading can not be trusted, they are "hidden" among others.
4
Start teaching your child to put the syllablesthat begin with vowels. Pick up those who have a clear sense of it. Select appropriate pictures and sign them under the desired syllables. For example, your baby is eating cereal and says "am". A circus dog is going to jump through the Hoop and trainer says, "up!". Can the letters in the syllables to write next, but at some distance, and connect them with an arc. Ask your student to draw a vowel and spend this time with your finger in an arc, and then briefly to pronounce the consonant.
5
Gradually move to other types of syllables. First, take those that are written with only two letters, "mA", "PA", "Tu", etc. Show what happens when simple syllable to add another one or adding another letter. From the syllable "PA" could get a friendly little word, "daddy", and if you add the letter "R", it will also be a whole word, which is read as "par".
6
Some attention should be paid to syllablesconsisting of several consonants. Even if your student already reads quite brisk simple syllables, it can not immediately figure out that the two consonants should be pronounced in a row. Ask him to read the letter individually and then share the word so that the child was clear from what fragments it consists of. For example, the word "rook" suggest to first read "g", then clear the syllable "RA" and finish reading again the single letter "h". Then show other options for reading - "gra-h" and "g-model". Likewise goes for all the other not very usual for a young reader with words.
7
In parallel, teach your child to put the words of the cubes of the alphabet. You can sculpt letters out of clay or cut out of colored paper. On the clay to show that letters can be blind to each other and marked them to say the sounds together. Words are better to put on a limited plane. For example, this may be a long plate. It allows the preschool child to concentrate better. Invite a child to put the letters in the order in which he wants. Read what he did. Alternate this exercise with the "letter" sample, i.e. with folding of syllables and words from the alphabet.
8
Use computer programs such as the simulator's voice. Enter simple text )(can be on first of multiple syllables), and run the simulator. Then, offer to do the same procedure to his student. This exercise will certainly cause him concern and he will ensure that the simulator read something meaningful.
9
After preschooler learn to read the syllables, he can only understand that you can read a few syllables in a row. He even did it when you read the words with repeated syllables. Explain that syllables can be very different. Show by example how you can split a long word into smaller fragments. This stage of learning to read, children usually overcome fairly quickly.
Useful advice
When you read a child a book, put it next to him so he could not only listen, but to see what is written. Reading something familiar, sometimes make mistakes. If the child will make a remark, ask him to read, as needed. Do not scold, if you just can't do it.

Try to develop all kinds of perception and memory. Of course, one will remain a leading. But the learning process is more successful if it involves all analyzers. That is why the call letters, which the child sculpts and carves. Invite him sometimes to draw letters in the air and say the sounds they represent.
Is the advice useful?
Присоединяйтесь к нам
New advices