How to find the slope of the tangent

Y=f(x) will be tangent to the shown in figure the schedule at the point x0 if it passes through the point with coordinates (x0; f(x0)) and has the slope f'(x0). To find such a factor, knowing the characteristics of a tangent, it's easy. 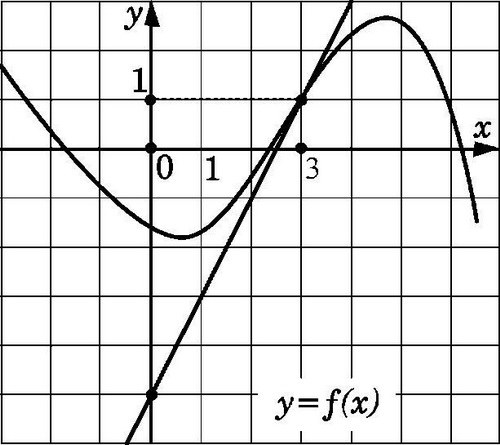 Related articles:
You will need
Instruction
1
Please note that the schedule is differentiable at the point x0 of the function f(x) does not differ from the segment tangent. In view of this, it is rather close to the segment l, which passes through the point (x0, f(x0)) and (x0+Δx f(x0 + Δx)). To set a line that passes through a certain point And the coefficients (x0, f(x0)), specify its angular coefficient. The angular coefficient is equal to Δy/Δx secant tangent (DF→0) and tends to the number f‘(x0).
2
If the values of f‘(x0) exists, then a tangent or not, or it is held vertically. Because of this, the presence of the derivative of the function at the point x0 due to the existence applied on other than vertical tangent touching the graph of the function at the point (x0, f(x0)). In this case, the slope of the tangent is equal to f'(x0). Thus, it becomes clear the geometric meaning of derivative – calculation of the angular coefficient of the tangent.
3
Draw the picture for more tangents that would be in contact with the graph of the function at the points x1, x2 and X3, and also note the angles formed by these tangents with the abscissa axis (this angle is counted positive in the direction from the axis to the tangent line). For example, the first angle, that is, α1, will be sharp, the second (α2) is stupid, and third (α3) is equal to zero, as conducted straight line parallel to OX axis. In this case, the tangent of the obtuse angle is a negative value, the tangent of an acute angle is positive, and tg0 if the result is zero.
Note
Correctly determine the angle formed by a tangent. To do this, use the protractor.
Useful advice
Two straight inclined will be parallel in that case, if their angular coefficients are equal; perpendicular if the product of the angular coefficients of these tangents equal -1.
Is the advice useful?
See also
Подписывайтесь на наш канал