How to sew a plasterboard ceiling panels

Quality repairs to the ceiling is always difficult, as the working surface usually occurs a lot of problems. To somewhat simplify your task, the owner may use for maintenance events plasterboard panels. It is a versatile material, allowing you to dispense with the use of plaster or putty in the alignment process. Although previously will have to prepare under the plasterboard panels, a special frame. 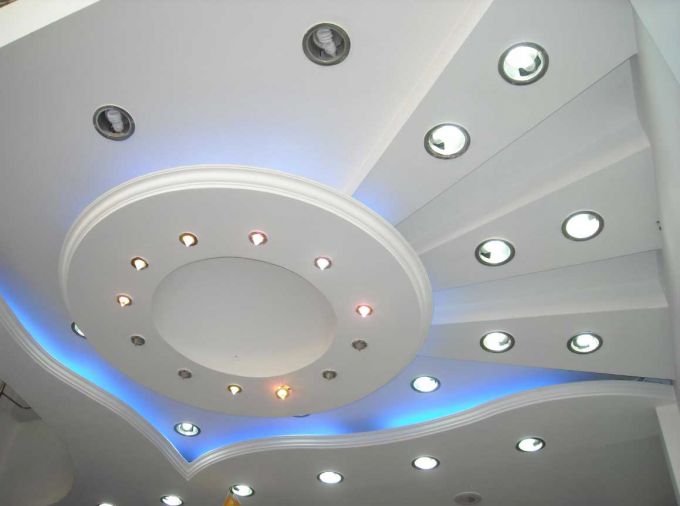 Preparing the ceiling for installation of drywall

The preparation stage involves removing those finishing materials that were used to make the ceiling surface. Removed not only the cover, but all the contaminants that remain under them. Crumbling plaster should also be removed, since otherwise it may fall on plasterboard lining and damage it. If the ceiling cracks are discovered, they should be to cover the solution.

The installation of the frame on the ceiling under the drywall

In principle, you can immediately proceed to the installation of plasterboard panels. But this method does not allow to get rid of the irregularities that are present on the ceiling. So it's best if at first the owner will collect the crate or frame. It is made of wooden bars with thickness of 5 cm.

So the headlining was hard, the bars should be placed with a pitch of about 50-60 cm To increase the rigidity of the sheathing can be placed cross straps in some places. Attach all of these elements are ordinary screws.

The installation of gypsum panels on the ceiling

The best option binder ceiling is one in which you use one big sheet of drywall. But it is usually not enough, so you have to fix a few of these panels. Between them it is necessary to leave small gaps of only 1-2 mm. Sheets of drywall are attached to the frame with screws in increments of about 30 cm Panel must be attached to all frame members through which they pass.

Preparation of the ceiling to finish

Now it remains to get rid of the seams that are left in the skin. To do this, they applied putty. Zashpatlevat seams so that they stood out against the General level of a covering of plasterboard. The final step in the preparation is applying a primer. Once it dries, the gypsum sheathing can be covered with paint or Wallpaper.
Is the advice useful?
Присоединяйтесь к нам
New advices