How to play "Billionaire"

"Billionaire"is the classic economic game, the full analogue of the famous "Monopoly". Playing it, you can engage in currency transactions to make loans, to pay interest on deposits. "Billionaire" is intended for children from seven years, but it is also fascinating for adults. 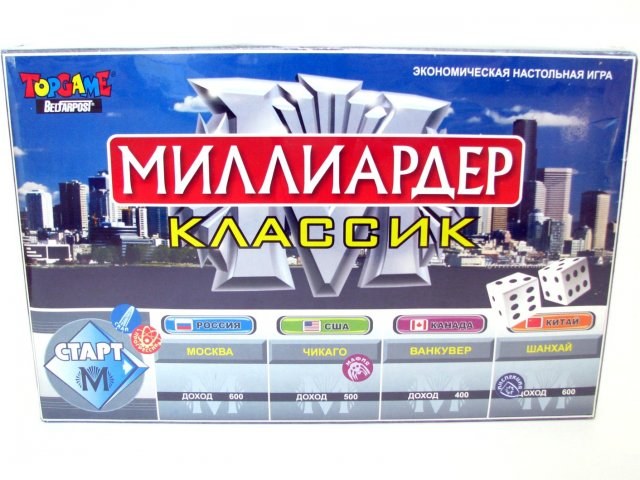 Related articles:
Instruction
1
At the initial stage of the game the Banker shuffles the cards, which you can use to obtain the right of ownership. The player who sits to the left of the Banker must remove the deck. After that, each player is dealt two cards to the right of ownership.
2
The banker gives money: 1,500 thousand of the same bills. Players immediately pay the specified price to the Bank for both received cards.
3
The players put their chips in the special field "Forward", and then move them on the Board depending on the number of points that fell on the dice.
4
Throw both dice as soon as you come to the turn. Move the chip in the direction indicated by the arrow. The field where you stopped, and determines your actions.
5
If you go to the site "real Estate" that nobody owns, you can buy it. In the case if you are hesitant on purchasing it can be sold to another player, who offered for it the highest price (Auction rules).
6
Take a rental fee from players for the use of your property in that case, if the cube lands on your site. Build hotels, houses, banks on your land – you will be able to charge for the use of their higher cost. Lead the construction of the major scale – it's in your best interest. Lay your property, if you need the money.
7
Follow the instructions on the cards "Common Treasury" and "Chance". Do not relax, in some cases you could be arrested.
Is the advice useful?
See also
Присоединяйтесь к нам
New advices