And as you know the revolt of the Decembrists?

Not everyone knows about the uprising of 14 December 1825. And, not every person knows about the nature of this uprising. Who are the Decembrists? Why they came to the Senate square? Until now, the answer to the first question among historians remains debatable. No one scholar can find a definite answer. 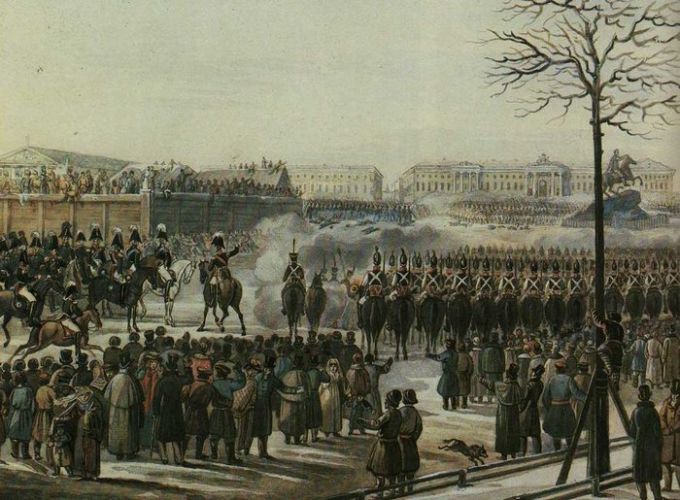 Who are the Decembrists? The revolutionaries-socialists? Followers (or founders) of Marxism? The liberals, who fought for the freedom and independence of their country? Or usual mindless fanatics? For two centuries this dispute does not rest professional historians. Why?

It is necessary to look at the history of the historiography of the armed uprising. It can be divided into three phases: pre-Soviet, Soviet and post-Soviet. For each stage has characteristic traits and features. And they should pay close attention.

The pre-Soviet period. This stage is characterized by 2 features, when historians "fought" for the rights of the Decembrists. The first decades after the Decembrist movement, most scholars and ideologues of the enlightenment condemned the rebels. For example, the famous Baron Korf wrote about the Decembrists as "the Assembly of the regicides, to adopt ideas from the West." Most historians blamed all these ills predecessor of Alexander the First, who with obvious enthusiasm in the first years of the reforms, in favor of Pro-Western politicians. Of course, this point of view is just ideological background. In the second half of the 19th century, the famous revolutionary historian Alexander Ivanovich Herzen considered it necessary to "justify" the December armed uprising. No matter what, his work is the first reliable study of the armed uprising. Herzen not only met the Decembrists, but called their socialist views, the Decembrists themselves – servants of the Fatherland.

But right was Herzen? Was his statement a mistake? In the early 20th century in the works of Vladimir Lenin December armed uprising enters a certain stage of development of the revolution. Lenin specifically define the history of the revolution in three stages: 1)nobility, 2)raznochintsy, 3)proletarian. That is the first group he took armed insurrection of the Decembrists, pointing out their noble origin and noble program. In fact, according to Lenin, if the Decembrists managed to win, one bourgeois government would be replaced by another. And easier this would. The same claims and Herzen, speaking "to the Decembrists square was not enough people." This concept is firmly settled in the minds and in the minds of historians of the 20th century. Well-known Soviet historian Nechkina also adhered to this view and added that the uprising of the Decembrists, in terms of the formation approach (also made by Lenin) were a routine matter. Her work has long set the dominance of this theory in the history of the uprising.

In modern historiography increasingly heard the notes of "Golden mean". Most historians believe that it is impossible to adhere to the insights of certain groups of historians that the December movement did not have a single character as a single program. Therefore, modern historians are not ready to support any point of view.

And yet the rebellion will long remain in the history of the Russian state. It marked the beginning of the development of revolutionary ideas in Russia and a new, hitherto unseen movement.