How to make a long ad title in Google.Direct

Contextual advertising is one of the most effective channels to attract potential buyers to the site. Therefore, web marketers are striving in all possible tools and techniques to improve their ads in Yandex.Direct. One of the new tools to increase efficiency is the creation of a long listing titles. Long title makes the ad more informative and noticeable, and according to Yandex increases its CTR. 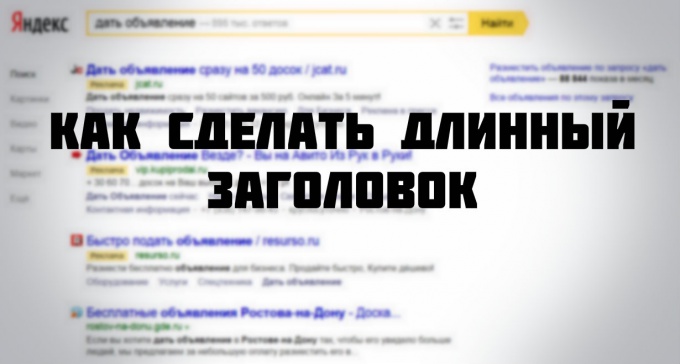 For advertisers, the Yandex.Direct allows you to create ads with a specific structure. Each element of this structure has a limit on characters, for example, the maximum header length of 33 characters, the ad text should be no more than 75 characters, etc. Many very hard to accommodate the desired information in 33 characters, so Yandex.Direct the function of "Substitution of the text in the ads title".

To enable this feature, you need to go to the page of My campaign → Settings → Advanced settings. In the drop-down list you will see option "to Disable the substitution of the text in the title. If the function is not flagged, it means that it is active. 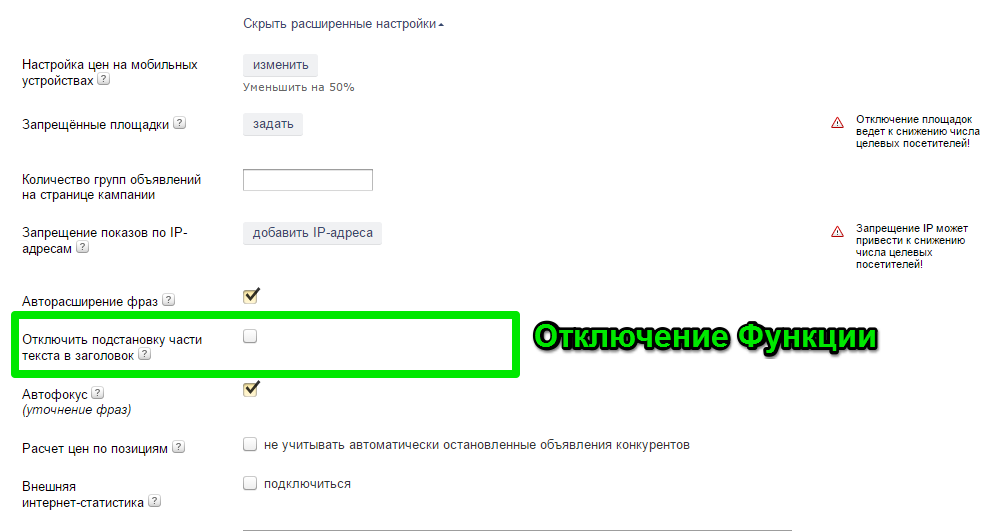 Then create the ads. Now you can increase the number of characters in the Header to 56 due to the characters of ad text. This happens in the following way:

The system analyzes the text in your ad. If the amount of characters in the Title + First sentence of the announcement" no more than 56 characters, the first sentence is transferred to the Header.

"Free and forever! Buying, Selling, Renting. To place an ad!" (The first sentence of 21 character)

The amount of the Title + First sentence = 46 characters hence the ad in the search as follows:

To make the title long, you need to start advertisement of the proposals, which need to complement the title. It is important not to exceed the total limit of 56 characters.

There are a few tricks to make this work: