The tragic fate of the beautiful women of the Soviet cinema

Talent, beauty, and fame – think you'll enjoy this successful current acting fate of many of the most beautiful women of the Soviet cinema. Always in sight, surrounded by crowds of fans, they just have to be happy, not such as all. Apparently, the price paid for fame and universal love is unjustly cruel. Tragic story of Svetlana Kharitonova, Tamara Bow and Rufina, Nifontova. Actress, the beauty of which was admired by the whole country. They died a horrible death. 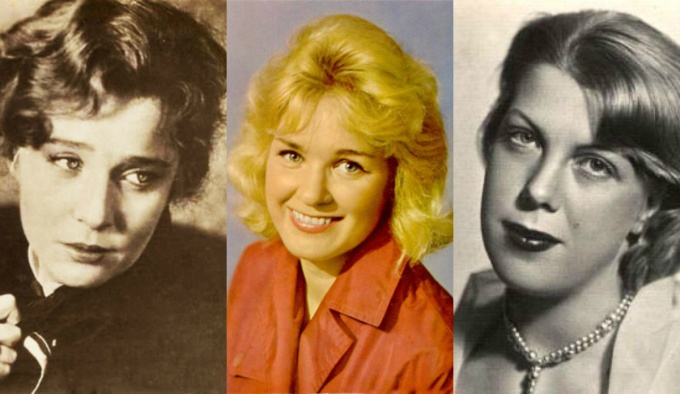 She was a real star of Soviet cinema, although almost never played the main roles, however, her images proved the strength and versatility of her talent. Dreamy, naive Claudia from the movie "Girl with no address", the old woman points in the "White nights", Lisa in "Resistant"... 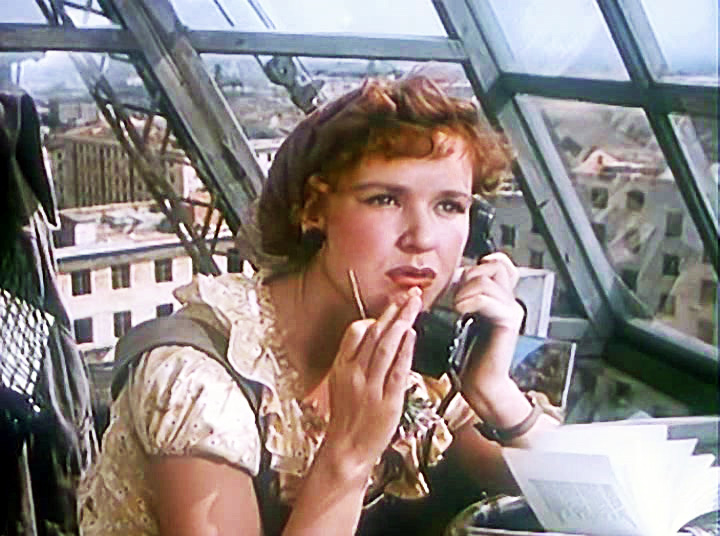 Her creative career outside the box. Despite the huge popularity and demand, Kharitonov left the theatre. She graduated from VGIK and started working as a Director of documentary films. Removed the film – "Learning to swim infants" received Grand-Prix of all-Union festival of documentary films about sports. While Kharitonov continued to act in films as an actress.

While studying at film school, the actress met with Sergei Balaclavas, which in 35 years gave birth to a daughter. Doctors discovered the child has serious deviations in mental development. Baltiev filed for divorce after learning of an incurable illness of their child, and Kharitonov was left completely alone.

A successful career of Svetlana Kharitonova ended a tragic case. She became the culprit of road accident in which killed people. After the end of the shooting day, the actress was carrying a film crew in his car and knocked a woman to death. Colleagues advised the actress to escape from the scene of the accident, but it was soon detained by the traffic police. Kharitonova was given a suspended sentence and deported to Vladimir region. For three years she worked at the factory, which manufactures reinforced concrete. The actress even in prison continued to engage in creative activities – she organized the initiative.

To return to Moscow Kharitonova helped reputable Directors: Nikita Mikhalkov, Vladimir Basov, Leonid Gaidai, who began to invite her in their new films in small roles.

Her disease progressed, and in 50 years, Kharitonov was forced to retire to provide complete care to their sick child. In the last years of his life, the actress led a secluded life with his daughter. Moreover, 44-year-old mentally ill daughter of the actress forbade elderly mother to communicate with its neighbors and accept the help. It is known that women lived in extreme poverty. Last months of his life Svetlana Kharitonova was very ill. She fell and broke her hip, however, the hospital did not go, the doctor came to her house.

The actress died on 8 January 2012, but the fact of her death became known only 11 numbers. The daughter of the actress has not caused "first aid" in the moment when Svetlana Nikolaevna became ill.

She was one of the best known comic Actresses of the Soviet cinema 50-60-ies. Tamara Nosova was married three times, but she was not. Family life did not work, and after his mother's death in 1982, Tamara Nosova started to lead a secluded life. 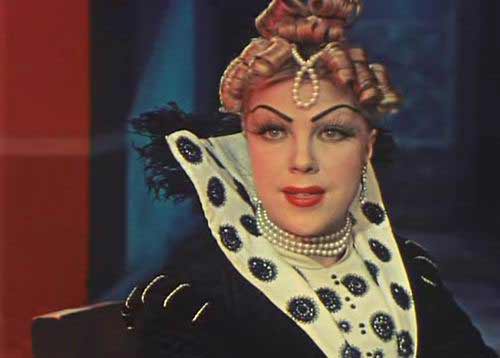 Strange behavior of the actress people began to notice long ago, but little did they know that a once famous beauty is gradually losing his mind. Only after the death, doctors were able to put a terrible diagnosis – "chronic ischemia of the brain." This disease is accompanied by profound depressive disorders, loss of memory and increased irritability.

The last years of life the actress lived in dire poverty. Her pension is barely enough to pay the bills for utilities. Tamara Makarovna was forced to eat in a soup kitchen for the homeless and the poor.

She would not let anyone into his apartment, began suddenly to fear that it will Rob. Ask someone to help her did not allow pride. Bed for the Bow served as a wooden Board. Flooring in the apartment is rotten through ventilation in the kitchen crawling cockroaches and rats.

Before the New year, the nephew of Tamara's Bow came to her, after he called a neighbor of the actress and said that for several days did not see Tamara Makarovna, and behind the door of her apartment is absolutely quiet.

When broke down the door of the apartment, he saw the fore, lying in the middle of the corridor. On her feet were visible wounds from the rat bites, but the actress was still alive. She was taken to hospital where she was diagnosed with a stroke, which happened two days ago. It turns out that for two days she lay alone, helpless in the hallway. A few days later, Tamara Nosova has died.

Since childhood Rufina Pitada stood out for his boyish nature. Its not just expelled from school, she had even numerous drives in militia. 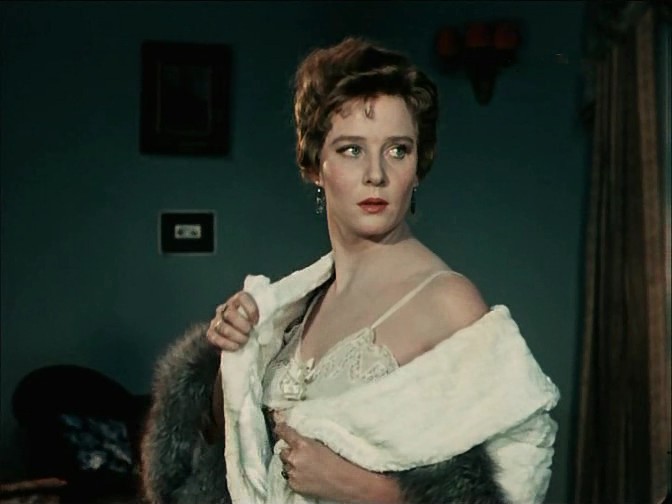 She was distinguished by extraordinary natural beauty. Rufina failed the entrance exams in VCIC and crying inconsolably in the hallway. She was approached by one of the teachers of the Institute and wished the entrant.

During her training at the Institute of Cinematography, about her queer rumors: that she is a fan of same-sex love, however, was a close friend of the actress denies the speculation.

In the second year Rufina Pitada married film Director Gleb Nifontova. He became her one and only husband. Relationship in their life together was built on limitless understanding spouse. Rufina was very amorous and infatuated woman. Passionate about her endless novels have been a lot of rumors.

At the end of VGIK Nifontova was accepted into the troupe of the Maly theater, but are unable to build your relationship with management. She could tell in the eyes of the producer, what she thinks about it, expressing their indignation at obscene words. Naturally, the actress soon began to settle for minor roles in the theater.

Daughter Rufina, Nifontova Olga also graduated from VGIK and became a Director. Relationship with daughter Rufina Dmitrievna went sour after her marriage. Son-in-law actress was often drunk and very rude spoke with Olga. However, after the birth of a grandson, Nifontova were forced to take son-in-law into the family.

Adversity in the life of the actress began with the fact that her beloved niece (daughter twin brother) was brutally murdered. After a very short time and he died the Glory of a brother Rufina Dmitrievna. In the bathroom he had heart and only two days later it enough. Seeing the horrifying picture of Rufina Nifontova then said why: "I will also die in the bathroom..." it is Worth noting that since childhood between the actress and her brother there was indeed a mystical connection. They felt each other in the distance.

Rufina Dmitrievna very grieved at the death of his brother. Started drinking to somehow drown out the terrible mental pain, but the troubles in her life continued. After some time, the husband was tragically killed the actress. He was returning from his daughter, where once again fighting with his son. On the road to it it became bad with heart, and he taxied into the oncoming lane, where he came under the wheels of the MAZ.

A few days after the funeral of a spouse, Rufina Dmitrievna fell and strongly hit the head. Called an ambulance, but the actress said resignedly, which is still very soon will die. She really had a premonition of approaching death. And I was right. In November 1994 she died. Rufina Dmitrievna came back from the garden and froze. The actress turned on the hot water in the bathroom, the faucet began to pour the boiling water. Suddenly she felt weak and decided to take some time to go to bed, but fainted.

After a few hours the boiling water flooded the bedroom and hallway. The water began to rise. It is unknown whether the actress then or not, but it so happened that it literally cooked in boiling water.

The water continued to flow for more than a day, until the neighbors began to drip from the ceiling of boiling water. When the door was broken down, to the stairwell flooded with hot water.