Someone who plays "Teacher"

In April of the current year, TNT introduced viewers to the premiere of the Comedy series "Fizruk", and six months later, in November, released the second season of the film. Now the viewer with impatience will expect when company Good story media and MFmedia will shoot the third season. Of course, actors such as Dmitry Nagiev and Alexander Gordon, need no views. About other actors do not, as in the movie removed a lot of newcomers and the unjustly forgotten stars of the old TV series. 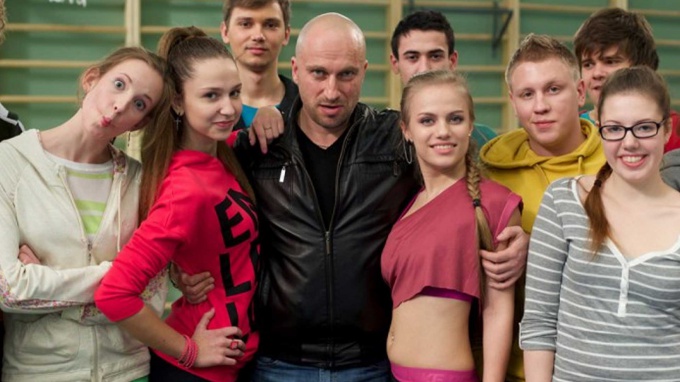 Who played Dima in "the Teacher"

Nephew of the protagonist, who came from Bataisk, plays Dmitry Vlaskin. The actor is very young, only 25 years old. He was born in Moscow and always wanted to become a famous actor.

In the US, Dima received a psychology degree, but decided not to pursue a career in this field. And in 2014 he finished School-Studio of the Moscow art theatre. The first interesting guy noticed on the screens in 2013, played future nephew Thomas student in the TV series "Studio 17". Was noticeable role in the movie "Jolly fellows (2014) and In the constellation of Sagittarius (2015)".

Today, the country actively plays in a variety of performances of the Moscow art theatre. A. P. Chekhov. Respects the sport, especially tennis. In 2014, the young man has got a beautiful wife and happy.

Who plays Tanya in "the Teacher"

The role of pretty and intelligent teacher Tatiana went to Anastasia Panina. The girl was born in the Tula region in 1983. Her parents were very ordinary people, and no one thought about the fact that Nastya can get on the other side of the screen. Young girl actively took gymnastics, and even received the title of master of sports. After school Panina without hesitation went to conquer Moscow.

At the casting to show "Poor Nastya" ambitious girl decided to enroll in the school-Studio of MKHAT. She was a gifted student and in 2006, he received his first role in the movie "Happiness prescription". After graduating from the Moscow art theatre Studio Nastya played regularly in the troupe of the Theatre named after A. S. Pushkin.

The talented actress has repeatedly proved its skills. She's 31, she's married and has a four year old daughter Sasha. By the way, her husband, Vladimir Zherebtsov, starred in "PE teacher" in a role of Glory, the bridegroom Tatiana. 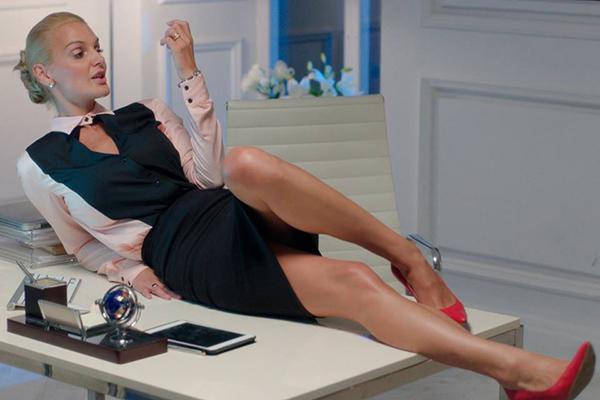 Who plays Elena in "the Teacher"

Strict and serious woman Elena Andreevna played Catherine Miller. She was born in Moscow in 1982. In 2007 he graduated from the University and got the diploma of the actress of theatre and cinema. At the beginning of his career, he tried himself in the role of the presenter. But after obtaining the necessary skills to became an actress "Theatre on Pokrovka" p/R S. N. Artsibashev.

Kate is very motivated and wants to build a career in the movies, so constantly improving your talent - graduates from various acting classes. Miller demonstrates her talent in TV shows and movies, her attractive appearance appeals to many viewers.

Who plays the Nutcase in "the Teacher"

Friend Thomas and this psycho, who starts perfectly, played Vladimir Vladimirovich Sychev. The actor was born in Moscow in 1971. On the big screen managed to get in 12 years, he actively played in the short film magazine "Eralash".

Filmography of Vladimir begins with 1985, and every year there is a new TV series or movie with his participation. To a greater extent the role of episodic, but the characters are always vivid and easily remembered by the viewer. In 1993, trained as an actor, graduating from GITIS.

The actor lives in a happy marriage and raising two beautiful daughters.

Who played Chemist in "Teacher"

Lev Romanovich pliukhin - shy chemistry teacher. The role went to the talented actor Yevgeny Kulakov. Eugene was born in 1980 on August 17. He never dreamed about the big stage, but at the last moment decided to enter the Shchukin school. The learning was not easy for him, he often forgot the lyrics, but still a professional actor he got.

Since 2001, plays in the troupe of the theater "Hermitage". The list of players is very large, he was a king, and even a Ghost. In the movies he always gets the romantic heroes who are fond of science. The celebrity received after the release of the series "Students".

Married Eugene Kulakov earlier, as a student of the Shchukin school, where he met his future wife, but believes a happy marriage, raising with his wife, a son, Ilya. 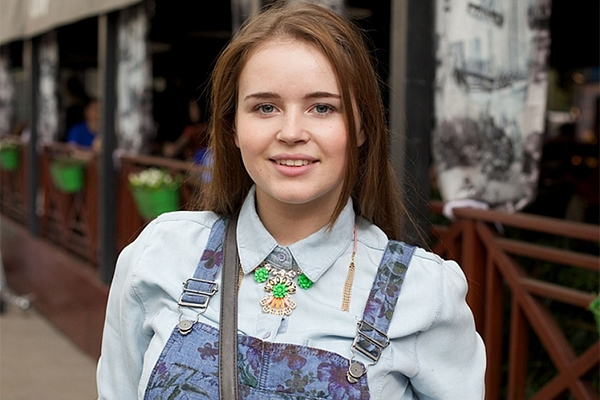 One of the main roles got pretty strong and Polina grents. The girl was born in the capital in 1994, in Moscow, she has lived all 20 years of his life. Actress to become wanted, but not always enough desire and patience to do creative courses. To the casting of the show came quite by accident. Fate smiled at her when the creators of "Teacher" found it on YouTube in a video blog. So Pauline got her first role TV series was the debut in her career.

For the movie actress has had to sacrifice its slimness, as Sasha Mamaev scenario is cute, but chubby girl. After filming the second season of Pauline with swimming pool and fitness club, regained the usual form, but admits that when you have to shoot the third season, she is again ready to receive the image of the heroine.

Shooting the series became not only the beginning of a movie career for Polina Herts, where the girl found her first love. Her choice worked on the set of the first season of the illuminator, in the second season, however, young people failed to work together, but their relationship is still continuing. 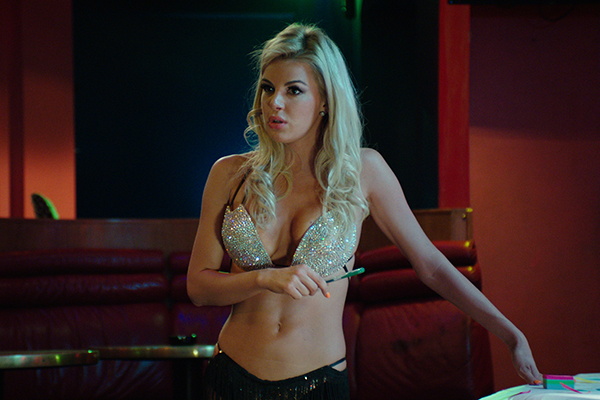 Who plays a stripper in her "the Teacher"

Sexy blonde who works the pole in a strip club, played a charming Oksana Sidorenko. Was born the future star of the TV series in Kazakhstan in 1984.

In Volgograd, graduated from the sports school and received the title of master of sports in handball. Also, she is a champion in ballroom dancing and has the title of "Miss Fitness World." It is the love of the sport gave Oksana such a slim and slender figure.

In 2010 he became a member of the TV show "dancing with the stars", her talent was evaluated in the fifth season. In the movie, the girl appeared in 2011, his debut role in the TV series "Sled" and "Interns." The same year, praised the blonde as a writer, it amounted to an entertaining tutorial on ballroom dancing Star dancing with Oksana Sidorenko and Alexander Nevsky".

Who is playing the Greyhound in the "Teacher"

Leader 11-A and macho was played by a young actor Arthur Copalnic. Was born boy in may 1991 in Germany. After a short time, his parents moved to Russia. The love of theater was evident even in the first grade, and although Arthur has always respected the sport, but the creativity took over.

Sapelnik has successfully combined the studies in school and in the Studio, "Mel". He was very fond of the theater and could not breathe this atmosphere. Lessons the student was doing immediately and ran rushed to his home theater. He has been in many productions and was spotted by the Director of the series "Cadets". In it he played himself – nice and hilarious guy.

In 2008 enrolled in the Higher theatre school im. M. S. Shchepkin. Then Arthur starred in the sequel to the cadet of the series and the music series "Ranetki". So by the time its shooting in the "Teacher" the guy had acting experience and more than a dozen roles.

Who plays the Banana in the "Teacher"

Andrey Krizni played silly student 11-A, who got his nickname from Banana fizruk Thomas. Born talented young man in 1991, he graduated from the theatre Institute named after Boris Shchukin. His unique turns to get used to the role of comic characters, by the way, play funny is not given to each actor.

Andrew has played many roles and was seen by many theater critics. Choosing the cast for the series "Teacher", he was immediately noticed and invited to try their hand. The casting guy was in the same breath and was immediately approved for one of the roles. By the way, the guy appeared in a cameo role of a hooligan in the series on TNT "Chernobyl exclusion Zone". 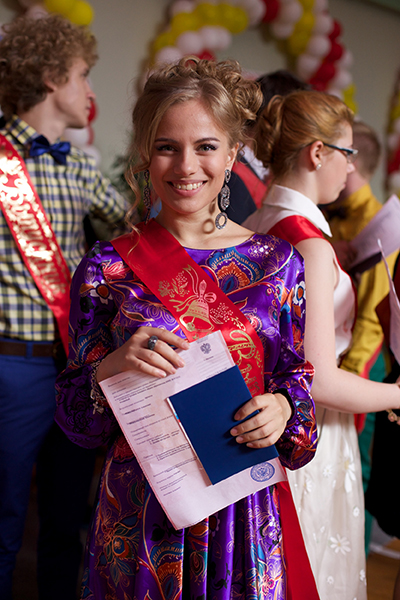 Who plays Alain-the navel in the "Teacher"

Beauty was born in the capital of our country in December 1994. Since childhood, Victoria Bladed dreamed of becoming a famous actress or at least a cover girl. And then he got what he wanted, implemented his desires. She actively participated in model contests, through them out on acting auditions.

Acting study at the International Slavic University. She successfully manage to combine work and study. In addition, the girl is seen among the participants of the project "In Moscow always Sunny". Vika purposeful and beautiful girl, she believes that she is sure everything will work out and she'll be a great movie actress.

Who plays the Policeman in "the Teacher"

The role of Valentina Sluggish got Daniel Vakhrusheva. Was born in 1992 and managed to light up in small roles on the series "Karpov" and the youth series "Studio 17". But despite this limited experience, it was excellent casting, and liked the organizers. Dan has a degree in theater, although not yet particularly high. The young actor believes that the series "Fizruk" - this is a great chance to show your talent.