Samsung Galaxy Alpha is the first mobile device in the line of smartphones from the Korean manufacturer, made in a stylish metal body and is based on new technology SoC. 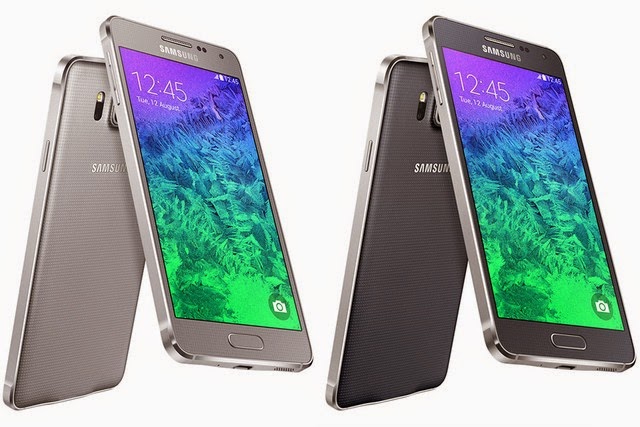 The device is shipped in a small box of rectangular shape, made of hard embossed cardboard. Thanks to the minimum amount deposited on the surface of images and records, the packaging looks expensive and stylish. 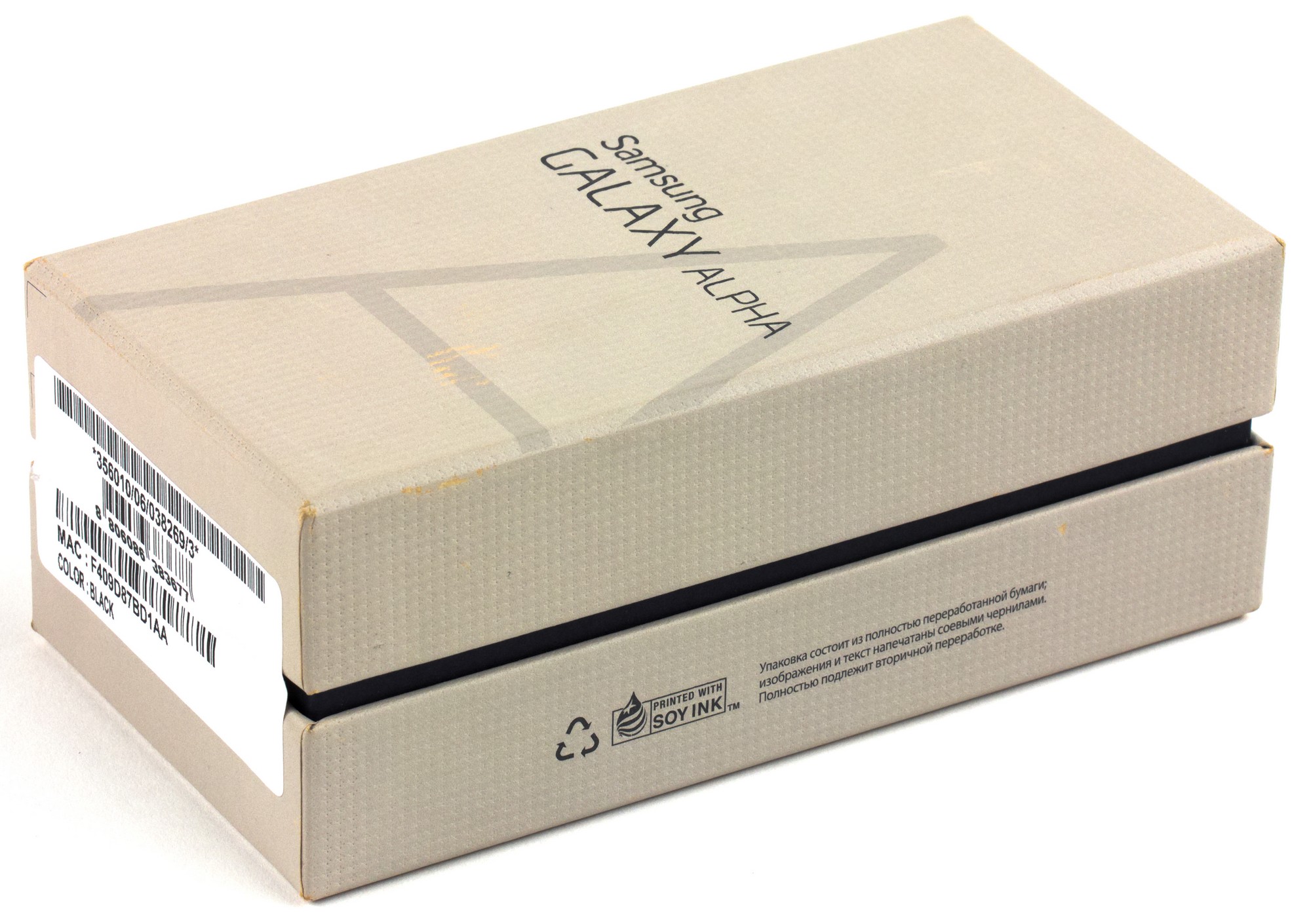 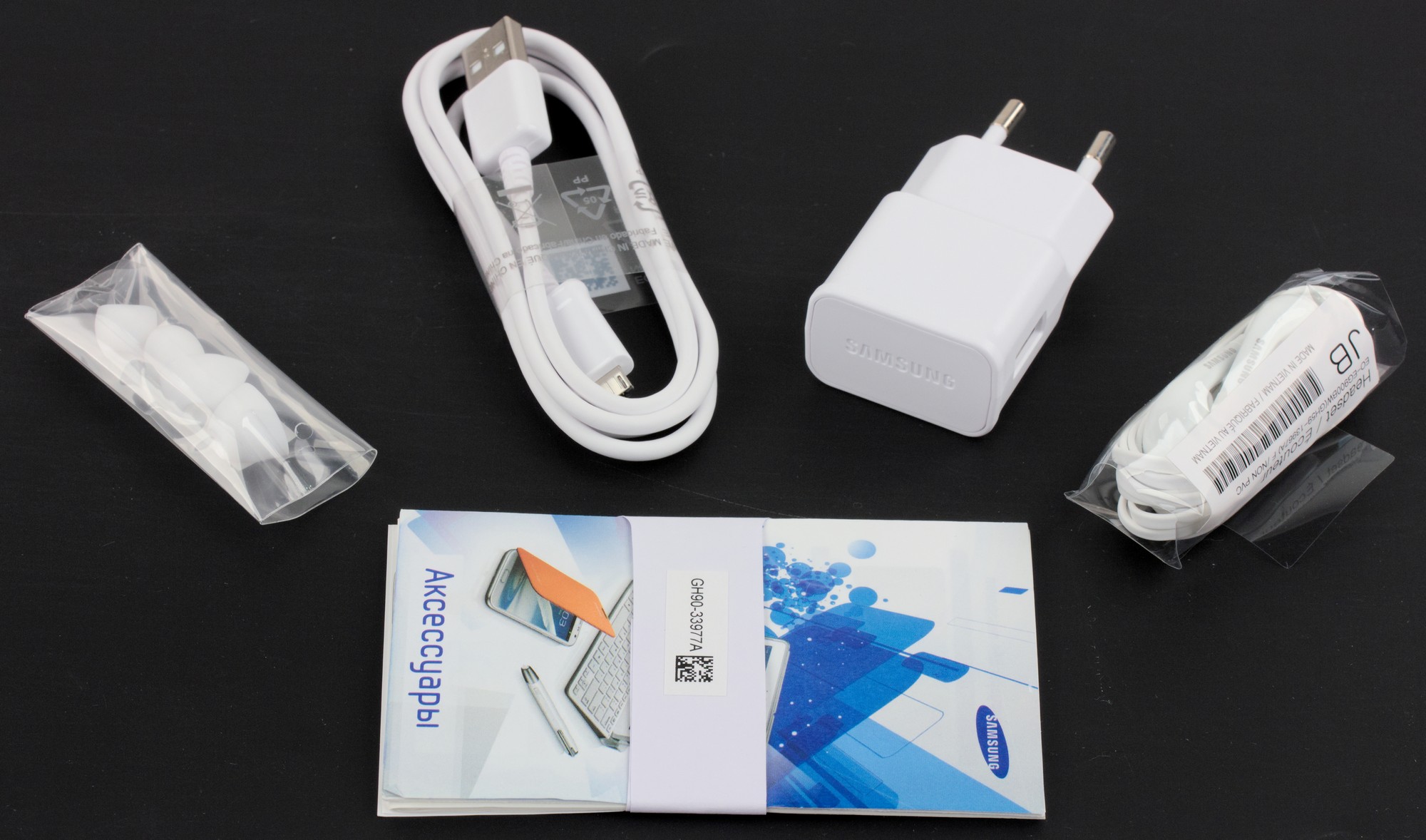 The main change in the appearance of the new smartphone Samsung Galaxy Alpha is a metallic angular rim. Before this frame was made of plastic, had a rounded and streamlined shape, giving lightness and ease even so overall smartphones like the Galaxy Note. Now the bezel is made of metal and has a more strict forms, which in turn gives the appearance of the device more visual, some brutality, and too expensive. 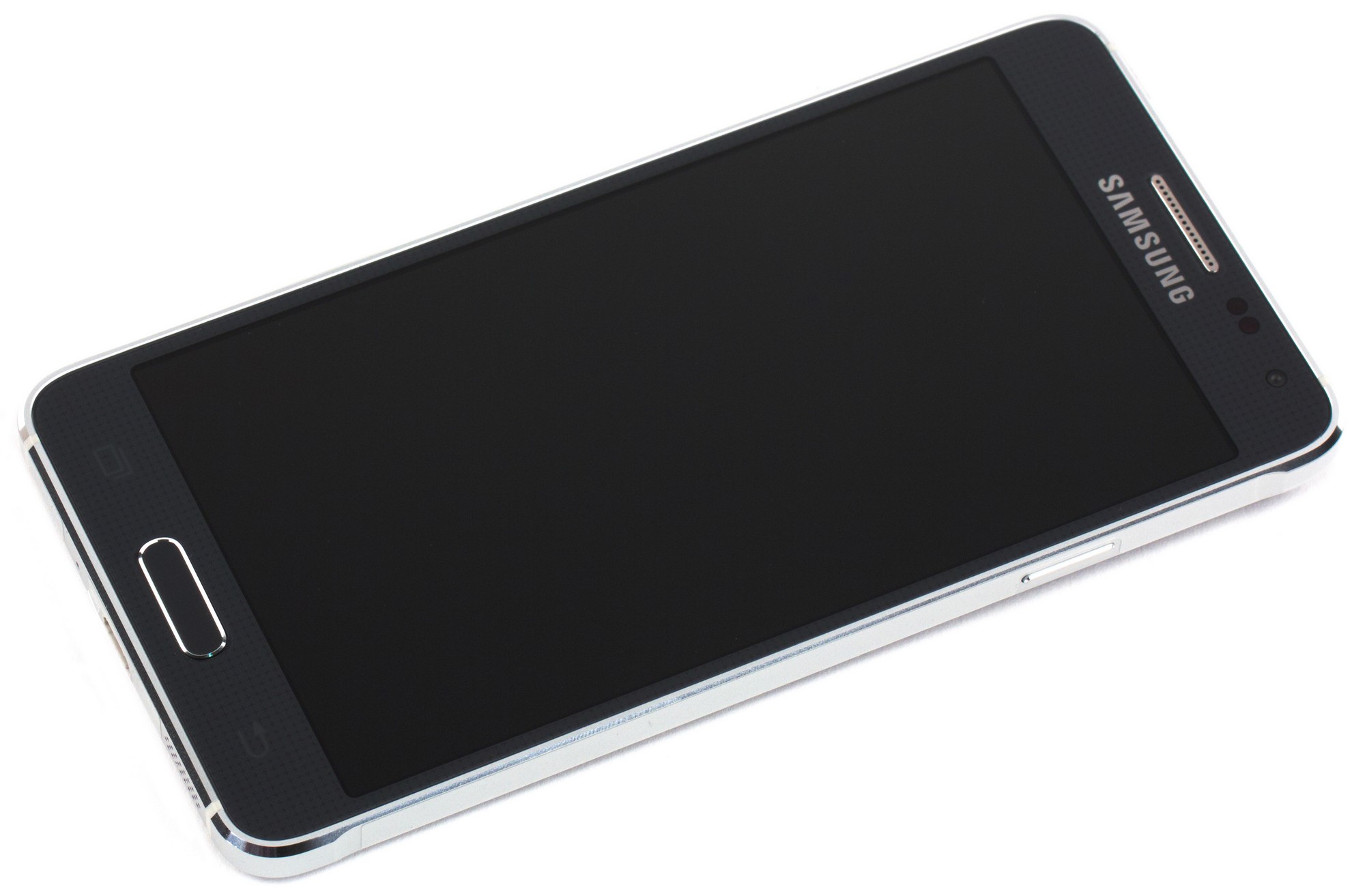 Otherwise the external appearance of the smartphone Samsung Galaxy Alpha is almost no different from previous versions. The reverse side of the mobile device, as the smartphone Galaxy S5 embossed plastic in the form of small dots. 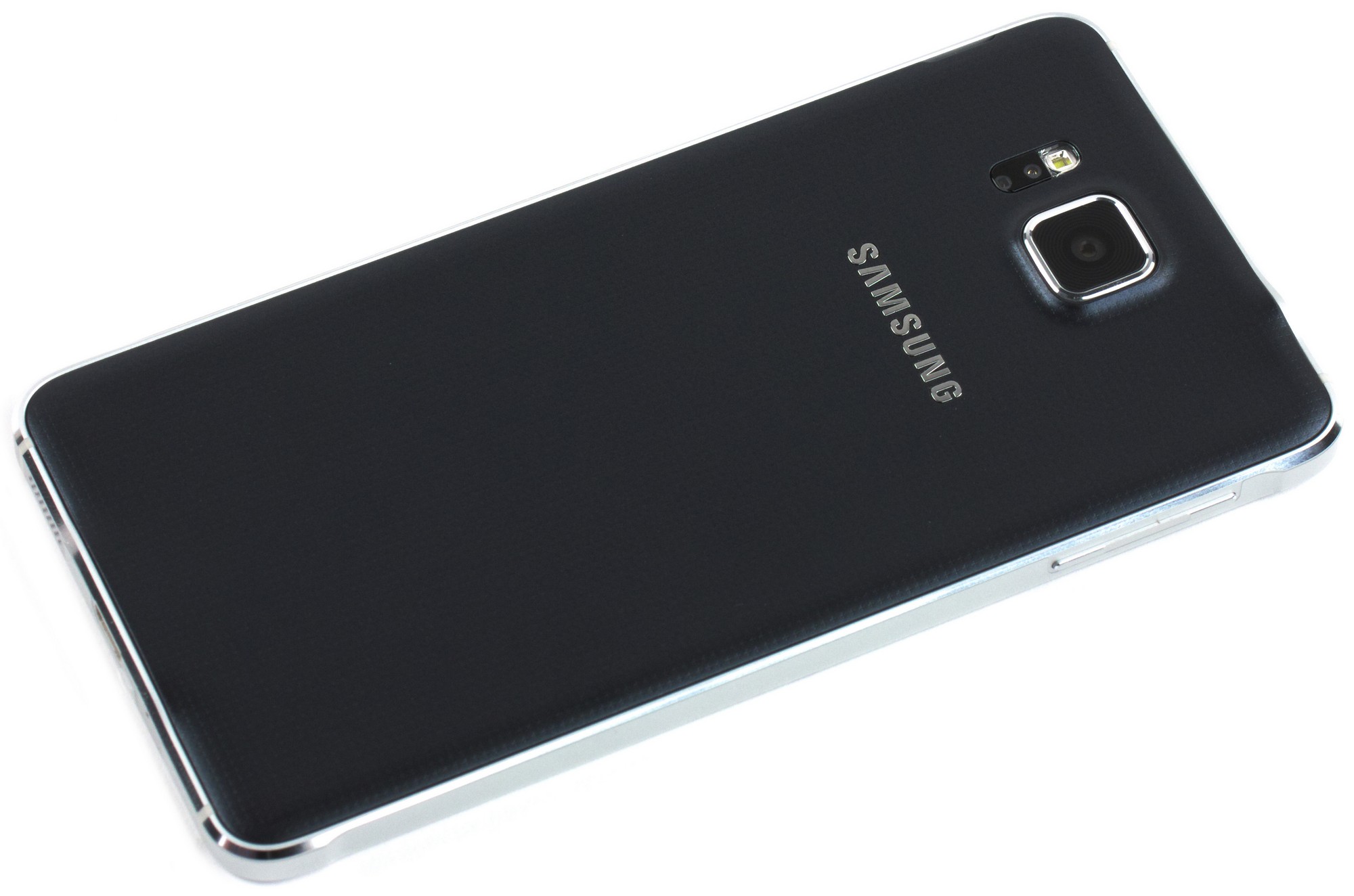 On the back cover and the side surfaces of the fingerprints are not visible, so the model is non-Markov. Due to the relief surface smartphone Galaxy Alpha fits comfortably in the hand, not slipping and not jumping out of it.

The weight and dimensions of the device are such that it fits easily even in small pocket. Thus, the Samsung Galaxy Alpha is not only stylish and neat, but also a very compact smartphone.

Back cover from the Samsung Galaxy Alpha, as before, is removable, so the way to install SIM cards remain the standard for all smartphones of the Korean company – it is inserted in the slot located under the cover and propped up by a removable battery. The company Samsung this time deprived of a new smartphone with a slot for flash cards, explaining that sufficient internal memory – 32 GB.

The new smartphone from Samsung used card format Nano-SIM. However, this change was to be expected, since most manufacturers such as HTC, Sony, Acer, Huawei, their latest version of mobile devices have released it with support for SIM-cards of a new format.

At the rear of the smartphone Samsung Galaxy Alpha in addition to the usual window main camera and led flash is also a sensor heart rate measurements. If applied to the window the finger, it is possible to determine not only heart rate but also to assess the level experienced at the moment of stress. The sensor works in conjunction with the preinstalled S Health. 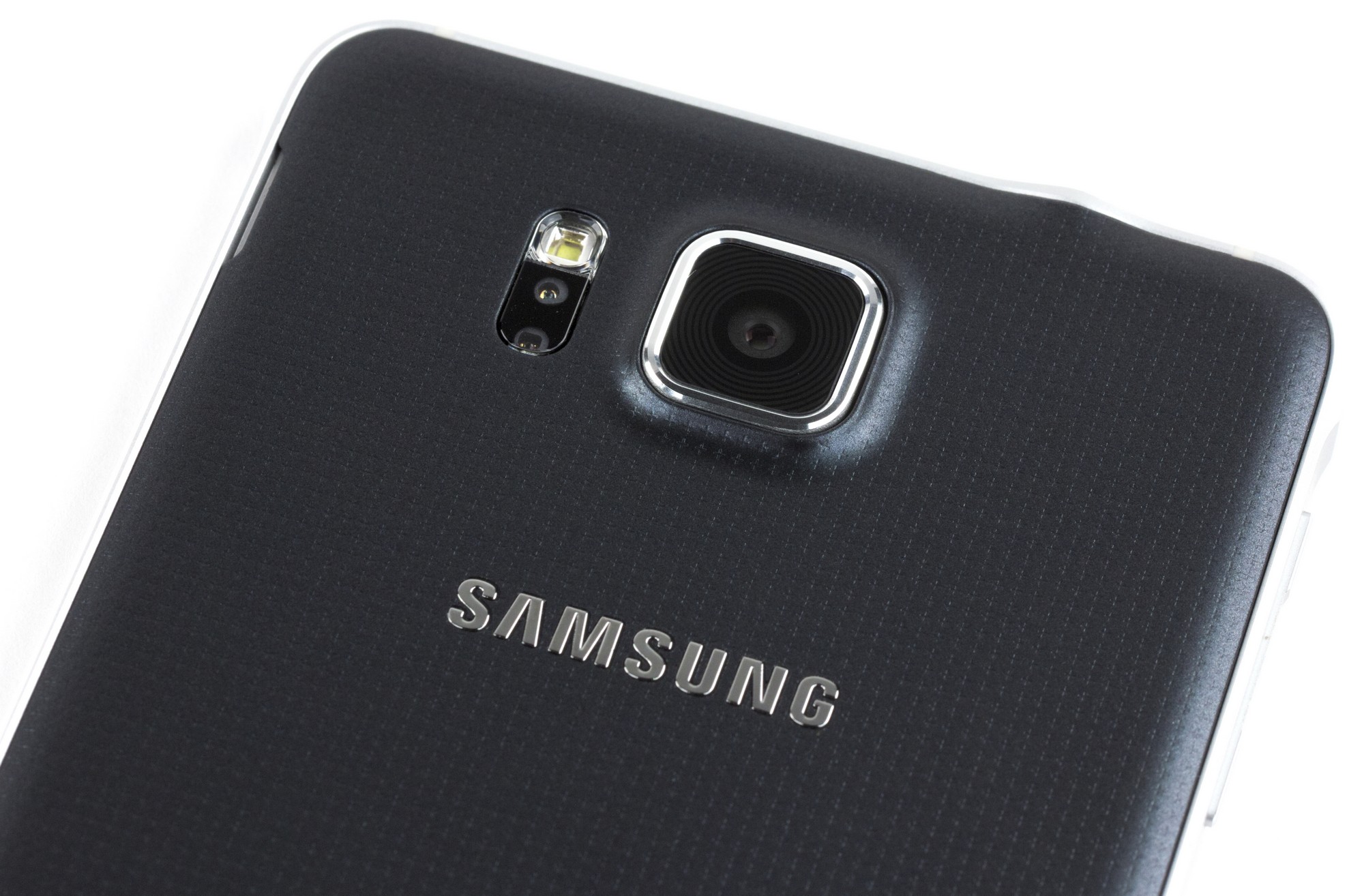 Lattice dynamics of Galaxy Alpha is derived is already not in the opposite direction, and on the surface of the bottom end, which is very convenient, as the sound of the phone does not overlap with the surface on which it lies. Next to the bars is a standard USB connector that supports connecting to external devices smartphone. At the top there is headphone and the hole for the auxiliary microphone.

The front panel of the smartphone Samsung Galaxy Alpha is covered with a special protective layer that prevents scratches. In the upper part of the embedded metal earpiece grille, where you can see a small front camera eyes and sensors. 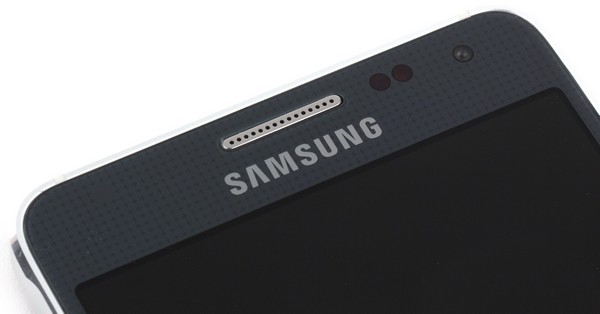 Typical of all the flagship smartphones from Samsung mechanical oblong button at the bottom of the screen not only remained in his place, but also gained an additional option – a fingerprint scanner.

The side buttons of the device are also made of metal. Despite its miniature size, the buttons respond well and quickly grope in the dark. 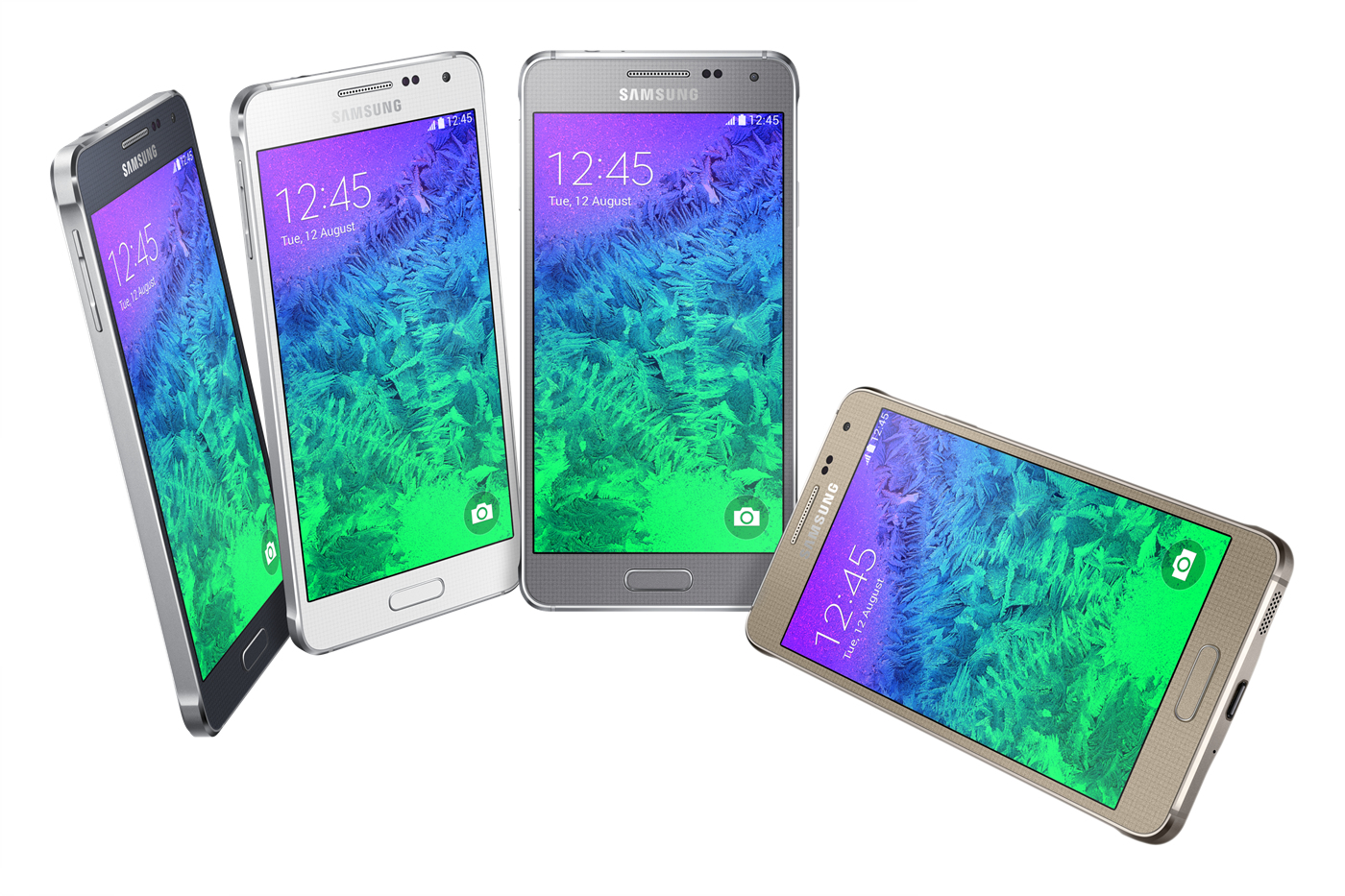 The Samsung Galaxy Alpha is equipped with touch 4.7-inch screen with a resolution of 1280x720. The display brightness can be adjusted both manually and automatically. With the help of modern technology multi-touch smartphone can handle up to 10 simultaneous touches. Phone you can easily operate with gloves and the built-in motion sensor block the sensor when approaching the device to your ear. 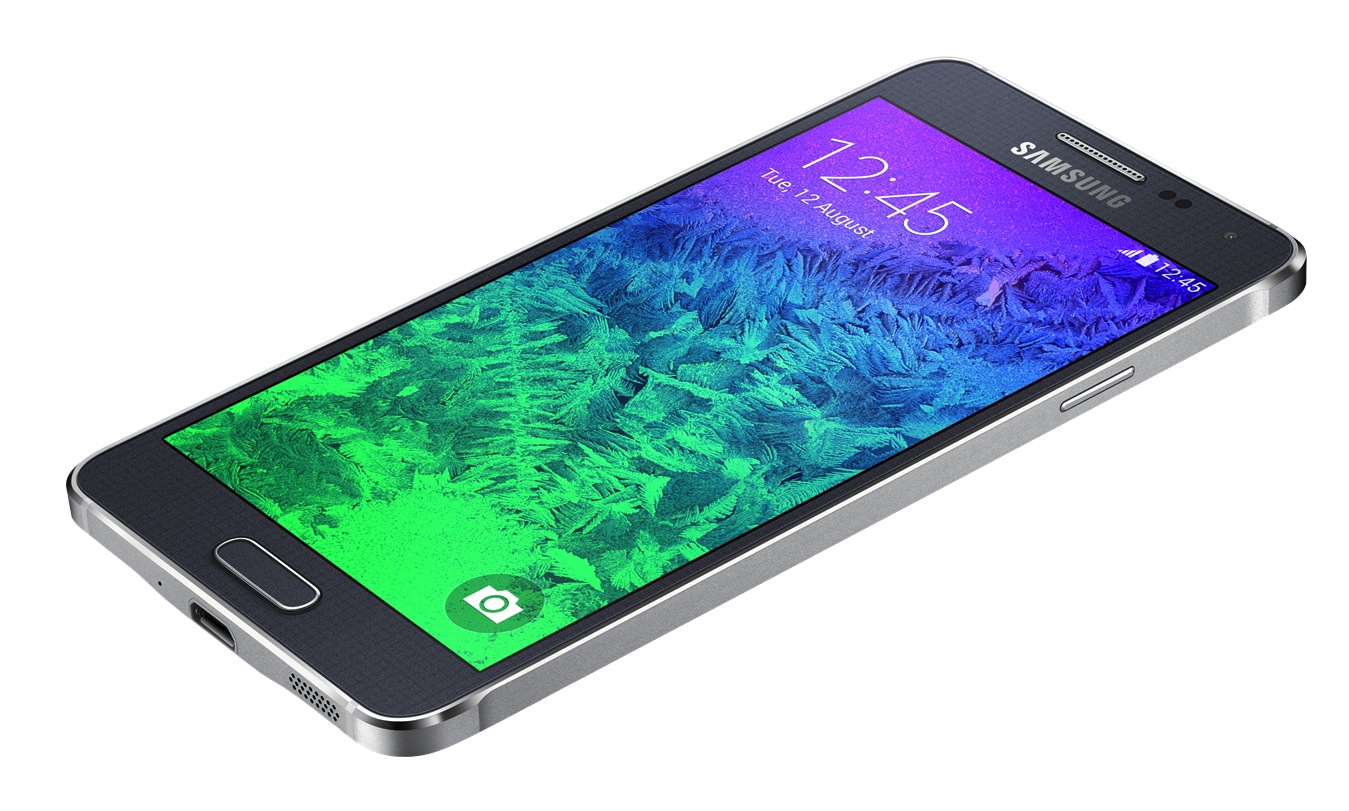 Display the Galaxy Alpha is bright enough with excellent anti-reflective properties, so the smartphone can be used even in Sunny weather.

The sound quality of the Samsung Galaxy Alpha is average – it's clean enough, but lacks significant bass sound. Hearing a speaker when speaking very clearly conveys tone of voice and intonation of the interlocutor, but the speaker sound a little hard of hearing.

Camera the Samsung Galaxy Alpha is less advanced compared with the flagship Galaxy S5 and Note 4. The device is equipped with main and front camera 12 and 2.1 MP. The camera has autofocus and LED flash, but unlike previous flagships lacks Smart IOS (the system of intellectual optical image stabilization).

The smartphone Samsung Galaxy Alpha new operating system is installed Android 4.4.4 KitKat. The software interface is completely identical to the Galaxy S5. The settings menu may be in the form of icons and a list. On the desktop device, you can make a special button, clicking on which provides quick access to popular applications. Lock touch display is performed using the fingerprint. 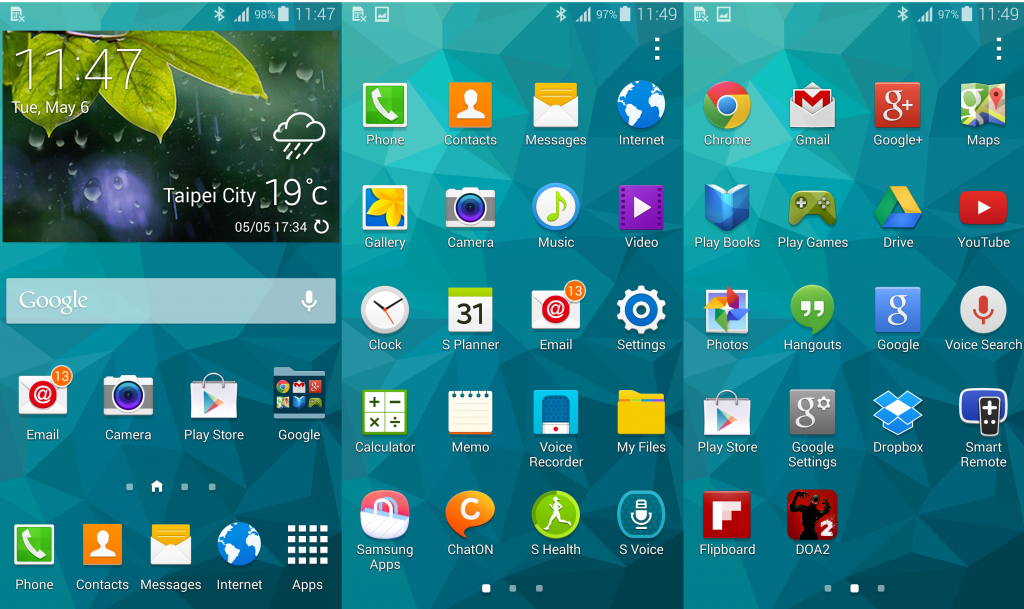 Under the back cover of the smartphone Galaxy Alpha has Li-ion rechargeable battery with a relatively small capacity 1860 mA*h. Such a choice of the Korean manufacturer is due primarily to the thin body of the device. Despite this drawback, the Samsung Galaxy Alpha shows acceptable performance of the Autonomous work. So, in the mode of continuous reading in the program FBReader with minimum level of brightness, the smartphone is capable of working approximately 18 hours, when watching a video – about 10 hours. In a more active mode (3D game) battery for 4 hours continuous operation.

On the Russian market the price of the new smartphone Samsung Galaxy Alpha is 25 000 rubles, which is quite acceptable for a device with such powerful specifications and a stylish design.