How to process garbage in Russia

Russia is gradually and relatively slowly, but is formed by environmental culture. Entrepreneurs who are looking for opportunities to apply their skills, carefully eyeing those areas of production that are directly associated with the disposal of waste. Borrowed increasingly used in developed countries, the technologies of separation of waste and subsequent disposal. 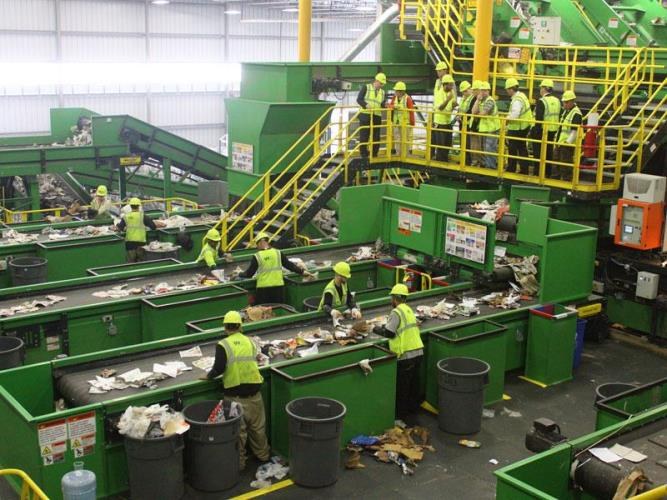 Features of recycling in Russia

Waste recycling in Russia is difficult because of territorial and infrastructural characteristics of the country do not allow to effectively implement the separate collection and transportation of waste. Experts believe that to move this problem will help the development of local and regional markets for secondary raw materials and of manufactured of products. This requires a decision of the municipal authorities, which would encourage entrepreneurial initiative in the sphere of production activities.

Another possible solution, which will help to develop the industry on waste recycling, is to close to large cities to build specialized complexes on the basis of their work is checked by schema and technology has long been successfully used abroad. One of the obstacles here is imperfection of the Russian legislation in the sphere of ecology and the absence of a common country standards for recycling and using recycled materials.

It is expected that by 2020 in Russia will be created a complete industry of disposal of garbage and other wastes. In 2013, we had prepared a special bill amending the law "On wastes of production and consumption. Legislators believe that after the adoption of amendments affecting the interests of citizens and entrepreneurs, there will be additional incentives for the development of certain industries associated with waste disposal.

How is garbage disposal

In cities and other settlements of Russia are increasingly found containers for separate waste collection. This system allows you to do further processing of the waste more efficient and less costly. Some time began to be applied to the repurchase of secondary raw materials processing plants, but such programs primarily relate only to paper, certain types of plastic and polyethylene. The fact that this is raw and processed in specialized factories.

In 2013 in Russia there were about 250 plants for processing of garbage, but their number is steadily increasing. The production cycle for such enterprises are increasingly subjected to harmonization and standardization. Waste processing plants in Russia often have their own service for the transportation, sorting and disposal of waste. Special equipment for different purposes allows you to extract from household and construction waste secondary raw material, which is easily stored, transported and transformed into objects that have value in the eyes of consumers.

From the standpoint of processing efficiency in Russia remains the most promising "metal" garbage. It is easiest to sort, because it is easily recognized. Second in importance is the recycling of cardboard and paper. Some are harder to sort and recycle plastic and plastic film. Completing the list is popular in the processing of raw materials glass containers. As a rule, entrepreneurs try to adhere to when disposing of garbage with certain specializations on the basis of economic benefit and availability of the feedstock.
Is the advice useful?
See also
Подписывайтесь на наш канал