How to activate mod in Minecraft

Many longtime fans of Minecraft who have experienced a lot of variations of this game, surely know how interesting the game is after installing at least one modification. Original recipes of crafting, new items and many other pleasant surprises carries virtually every mod. However, in order to get a chance to test it, it is important to activate. 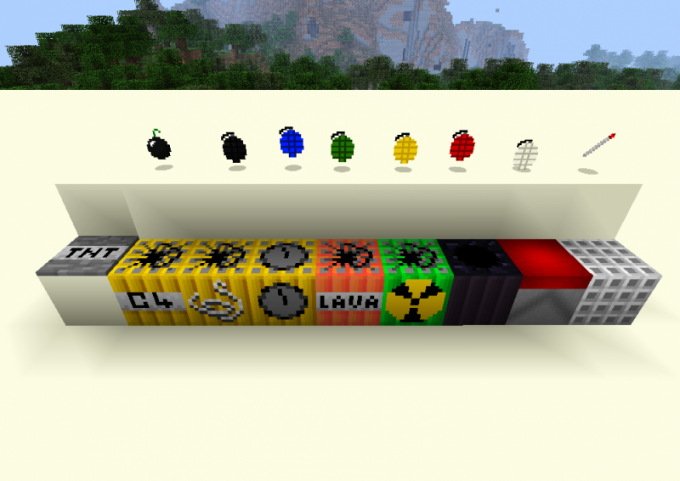 That helps the fashion

Sometimes players are faced with the fact that downloading and installing interesting mod, can't try it out. In some cases, after such actions even the gameplay fails to start (for example, when you try to open the launcher appears only a black screen), and if it does start, then proinstallirovan without modification.

How to prevent the malfunctioning of gameplay additions? It is worth saying that the vast majority of the mods created are not "fathers" Minecraft (by Mojang), and technically gifted fans of the game. Trying to give the gameplay a beauty and embody their ideas about its ideal version, it will be up to the mod creators of the beloved "sandbox".

However, created by different people and differing in technical terms, fashion can easily interfere with each other to function. To prevent this from happening, even before their installation requires the installation of special software applications - ModLoader, Minecraft Forge and AudioMod. The first is the bootloader and is used to run some small mods, but without the second in the new versions of Minecraft will not do at all: it is necessary to synchronize all the mods that gamers will want to install. AudioMod necessary for the correct operation of the audio game files.

Not so important, in what order are installed such software products. The main thing - that they were in the game directory minecraft.jar (it is usually located in the bin folder .minecraft). For this archive with the installer for ModLoader, AudioMod or Minecraft Forge need to unpack all the files from there move to the above folder.

When this is done .jar certainly will need to delete the folder named META-INF. The files in it are solely intended to preserve the integrity of the "vanilla" version of Minecraft, and therefore in the case of installation of mods will only be a hindrance. By the way, usually just the META-INF is the culprit that the desired modification is not activated.

After the above preparatory actions have been performed, it is necessary to deal directly with the mod, which the gamer is eager to install the game. For this archive with this modification you must download from a trusted resource. The latter is extremely important if the player does not want to run into accidents or even virus mod. You should make sure that it is working perfectly.

After downloading the archive, you need to read the description of this modification - there will probably be specified the method of its activation. In some cases it will be enough to move the installation files of the mod in the mods folder in the game directory. There is already ModLoader can grab them and force me to function normally.

In the case of other varieties of modifications in the older versions of games (released earlier than 1.6), you may need a full installation. Is this roughly the same method that is relevant for the same Minecraft Forge or ModLoader - by putting the files from the archive with the mod in minecraft.jar. Only the META-INF it is not necessary to remove in the game directory it will already be absent.

Starting with version Minecraft 1.6 mods won't be activated without Forge. That they fully earned, have to open with archiver (e.g. WinRAR) folder with their installation files and throw out all the content to minecraft.jar and that, in the name of which contains the word Forge, and shown mounted on the computer version of the game (for example 1.7.4). In addition, when you start gameplay in the launcher, you will select a profile relating to the aforesaid addition Minecraft.

If everything was done correctly, the mod is automatically activated, the game will open with the offer. However, gamers will need to create a new world and start it playing at a new).
Is the advice useful?
Подписывайтесь на наш канал