Where the film "Station for two"

One of the best films directed by Eldar Ryazanov is considered the movie "Station for two". Russian and foreign critics to this day appreciate the unique combination of both the cast and the scenery, the music, the overall style of this film. 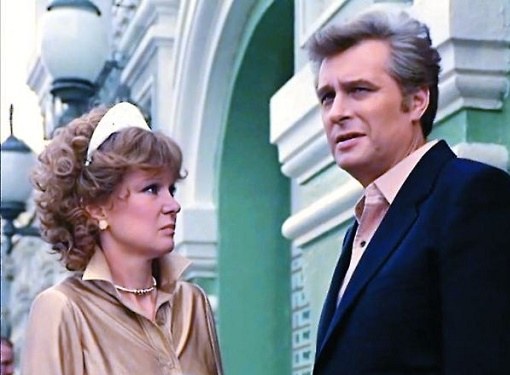 The plot of the movie "Station for two"

"Station for two" is a very wise, simple and slightly naive picture of the lives of provincial women of the time. The main character, a representative of the intelligentsia, is shown as the opposite of the heroine. And their opposition, and the expression of feelings between them is the storyline, which does not distract the viewer from the screen for the entire film.

The title of the movie reflects its essence, because the narrative it is about two human lives, about the amazing coincidence of circumstances that have linked together two of life. And the station plot is not only the scene, but also a reflection of the uncertainty, the incompleteness and the limitations of space, time, opportunities. For the protagonist of the film, the station became a kind of beginning of a new period of life, a place where he saw the world and myself differently, where he reinterpreted his role and his place in the world.

To understand their feelings, to make the fateful decision and will dramatically change your life, and not having the opportunities, the main characters allotted very little time. And to make a choice in the whirl of the station's life is not so simple.

Where the film "Station for two"

The film set in the fictional provincial town of Zastupinsk, lost somewhere in the Voronezh region. But the film was shot in what was then Leningrad and Moscow.

Restaurant and station scenes were filmed at the Riga station in the capital, and street frames, in the outskirts of Leningrad. Riga station was chosen as the shooting location because he was and still is the most crowded station, as it is not on a passing branch railroad and on a dead end. That is why the scene with passing trains had to remove Losinoostrovskoy station, which is located in the city of Moscow.

I got "the shot" and Vitebsk station Leningrad – it was in his waiting room were shooting the scene where the heroine Gurchenko brilliantly varied high heels, but still with a tray in his hands.

Scene colony was shot on the territory of correctional institution for juvenile delinquents in the city of Iksha of Moscow. At first the inmates of the colony have not received the Oleg Basilashvili and tried to "annoy" him, but after the actor has been sharing your "soldering" during the filming of the dinner and uttered the name of one of them in the frame, a relationship work.

Work the cast of the film received the highest praise from critics. Work Gurchenko, for example, the remarkable fact that it does not reward its heroine with excessive provincialism, was able to show her innocence and simplicity so that they were her winning qualities. For Basilashvili role in this film was a landmark, a kind of calling card, example of how multifaceted and versatile his acting talent.

The role of the second plan went from an easy hand of the Director, the actors already established by the time reputation – Nikita Mikhalkov, Nonna Mordyukova, Tatiana Dogileva, Stanislav Sadalsky, and many others.
Is the advice useful?
Подписывайтесь на наш канал