What does the expression "do not feed a horse"

The saying "do Not feed a horse" originated in the Russian language at a time when horses were at a premium. Now it is used most often in a figurative sense, ironically, characterizes the pathetic and weak person. 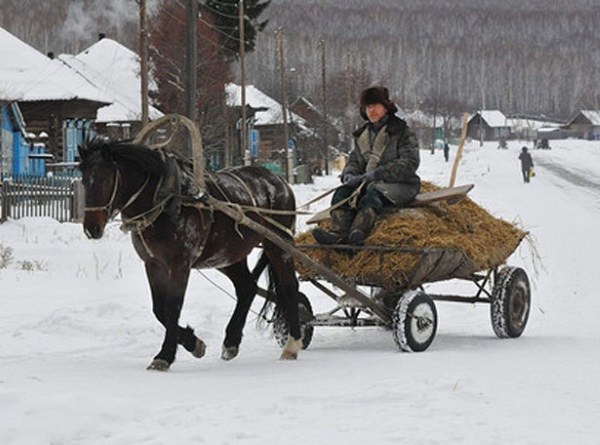 The meaning of the saying "do Not feed a horse"

The richness of the Russian language to a large extent is determined by integer a layer of fixed expressions, phrases, individual words. To know them, to use in his speech is necessary for each Russian person. Idiomatic expression "do Not feed a horse" found in the Russian language quite often. Like most Proverbs, however, the exact time and place of its occurrence in language is not known.

The origin of the saying

Regarding the origin of this saying there are 2 opinions. Both versions are associated with keeping horses in the past, when they were the most valuable domestic animals, and were therefore the focus of the whole society.

• In the first version, the meaning of phraseological turnover is associated with sick and old horses. They can be a lot of good feed, but no use of it.

• The second version is connected with the Gypsies. They sold the horses and tried to deceive the buyer. Roma took a worthless nag and fed her plenty. The stomach of horses were dilated. The buyer thought the horse good, and bought it. The next day the horse's flanks had failed, food left in the manure.

It can be argued that the saying "do not feed a horse" originated more than 100 years ago. Horses at that time were expensive, they were kept in good conditions. This was reflected in the literature. You may recall the Horse, Sivko-Cloak. The names of the good and brave horses, characters of folk tales and fairy tales famous Russian children and adults. In the works of Russian writers of the NINETEENTH century saying quite often. For example, the author of the wonderful stories N. With. Leskov uses that phrase in the speech of one of the characters in the story "Nowhere". At that time such phrases were used, mainly members of the lower classes. This point is confirmed by L. V. Aleshina in "Some features of the vernacular of the second half of the NINETEENTH century." The saying "do not feed a horse" recorded by V. I. dal ' (Proverbs of the Russian people: do Not feed a horse to waste. — (to poison). Cm. Sense. muddle).

In modern Russia the horse has lost its value. However, they remain symbols of our culture. Idioms with the words "horse" and "horse" are used now, such as "a gift horse in the teeth do not look", "to ride beloved seahorse. Not less common also turnover of "not in horse feed." It can be found in modern stories, articles, advertising texts. But almost always it has a figurative meaning. It is usually a question of human or other living being, which nothing can bring into good condition, no effort. It is not necessarily food-related. For example, in the explanatory dictionary Ephraim T. F. interprets the meaning of the saying: do not feed a horse — predic. Accel. About the lack use anyone from anything; not good, not for the future.

In the modern Russian language phraseological units of this type are used not only and not so much poorly educated people. On the contrary, their use was a sign of good language skills and knowledge of the history and culture of Russia. This transformation is quite natural, since the word "horse" refers to the rather elevated style, compared to, for example, with the word "horse". This is evident when comparing the two idioms:
• "like a horse" (this expression has a value – to work hard, to work hard – negative staining),
• "like a horse" (fast, skittish, strong positive staining).

The saying "do not feed a horse" is alive and widely used nowadays, but in a figurative sense.
Is the advice useful?
Подписывайтесь на наш канал