No cell phone is not complete without a special device, which is referred to as a SIM card. Today, thanks to developments in the field of cellular communication there are several different types of SIM cards. 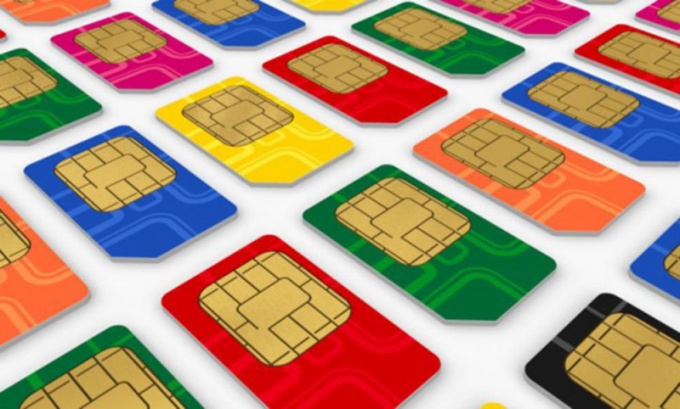 Related articles:
The SIM card (the acronym SIM stands for "subscriber identity module") contains a lot of important data that are needed to connect to the signal. At the same time it limits the phone to a specific carrier or region.

The main task of the SIM card is the preservation of account information that enables the user to easily change the mobile phone without changing your account. Only need to swap the SIM card in another phone. To accomplish this, a SIM card equipped with a microprocessor with software and data, keys, identification cards.

In addition, SIM card can store additional information such as user's contact list, call records, text SMS messages. Although modern phones are data already written in the memory of the phone and not on SIM card.

Few modern users found the "big Simku", which was used in the first cell phones and in size resembled a credit card. After all, today almost everywhere set mini SIM card, often referred to as just the SIM card. It has dimensions 25х15х0,76. This standard card can store up to 250 contacts and information relating to mobile operators.

Micro SIM card is even smaller – 15х12х0,76. This standard was proposed by Apple and is now used in the iPhone 4, 4S and all iPads generations. The main difference is that she was removed a significant amount of space on the perimeter of the card and left only the contact chip to connect to the phone. If you need a Micro SIM card instead of a SIM card, you can buy a special adapter that allow to use standard phone card smaller. However, Mini SIM card, you can easily trim and convert to Micro SIM, as built-in functionality, the cards are the same.

With the advent of the Micro SIM it seemed that it will be a long used iPhones or iPads. But when developing a new model of the iPhone 5, the developers have managed to cut the size of the card to create a Nano SIM card. At first glance, the map size of the new generation have not changed much (9x12), but it is lighter and thinner than almost two times. The thickness of the Nano SIM card was also 15% less than the pre-existing SIM cards. So to cut a regular SIM card under the Nano now is very problematic.
Is the advice useful?
See also
Подписывайтесь на наш канал