Causes of hair loss in women

If a man the absence of hair on the head often gives a manly, brutal appearance, something that, unfortunately, cannot be said about women. The main form of female pattern hair loss is temporary hair loss – 95% of all observations. The problem is solved after the elimination of the provoking factor. 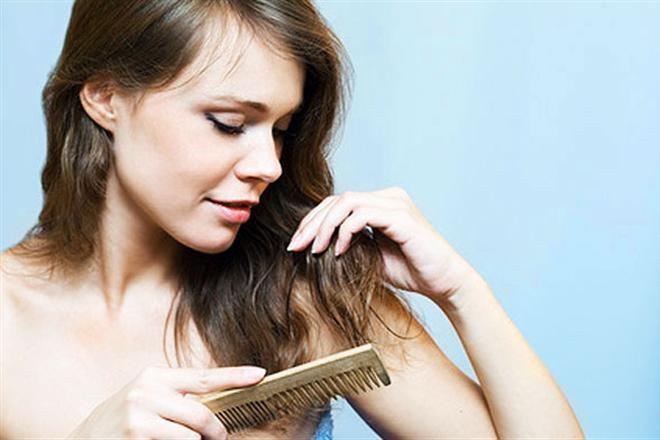 In this regard, it is necessary to understand what factors may cause drastic hair loss.

The first factor is stress

Indeed, high stressful able to cause increased hair loss, especially in women who have a predisposition to it. Hair loss in women quite often occurs on the male type, the so-called androgenic alopecia is a common form of baldness in which androgens (steroid hormones) gradually reduce in size hair follicles on the head.

In this case, stress hormones able to provoke a kind of imbalance between the male and female sex hormones and cause a similar reaction in certain zones of the head and hair follicles in these areas to the hormone testosterone, which the female body is also present. And hair loss can begin as if all of a sudden, although in reality this is often preceded by a stressful period.

- to try to mitigate or avoid completely the stress factors are, of course, if possible.

in cases where to remove the cause of stress is not possible, sadly this also happens very often, it's better to focus on the fact that stress was otreagiroval in a natural way. The thing is. what actually stress is nothing like the natural reaction of the body aimed at stimulating physical activity. In this context, proper stress response will strengthen a person's physical activity. For many people, having high levels of emotional stress, have very low levels of physical activity.

The probability is that, in removing this gap can greatly reduce hair loss.

The second factor is the incorrect hair care

Often the use of very aggressive detergents, the frequent use of hair dye is able to trigger increased hair loss. Consultation with a doctor-trichologist and hairstylist will help you choose the funds are neutral to the hair. Gentle hair care reduces hair loss, and maybe you should change your haircut instead of the next painting.

The third factor is hormonal disorders

Quite often, hair loss may be due to an excessive level of such hormone as DHT. The change in the activity of the adrenal glands, the ovaries, for example, in polycystic ovarian syndrome, when initial forms of diabetes, hormonal disturbances lead to a shift in the balance of estrogen (female sex hormones) and androgens (male sex hormones) in favor of the latter and this causes accelerated hair loss.

Quite often this can happen during pregnancy or directly after childbirth. In some cases, hormonal changes in old age can trigger this effect. Well, in some cases just a disease of the adrenal glands and ovaries can give such outward signs. Any doctor-trichologist, during his address to him the first thing sent to do a blood test on the contents of female and male sex hormones, maintenance of thyroid hormone, deficiency of which often, triggers hair loss, and the maintenance of adrenal hormones. At the end of treatment, normalizing hormones, a successful result of which leads to the cessation of hair loss.

In addition, contraceptives can also cause baldness in women.

The fourth factor – lack of vitamins and minerals

All of the above causes of hair loss one way or another affect the balance of nutrients needed for growth and normal development of the hair. First and foremost, this is reflected in the balance of amino acids, vitamins and minerals.

One of the most common causes of hair loss is protein deficiency, for example, in the result of diets that restrict the intake of protein products. As a result in the human body there is a deficiency of amino acids from which the actual hair and composed.

The role of vitamins and minerals is somewhat different, they either stimulate the metabolism in the body and hair growth, or are involved in the synthesis of those substances which are necessary for building hair, for example, selenium is essential for the formation of keratin – the main protein, which consist hair. Stress, improper diet, and by the way, restriction of fat, which mainly comes selenium in the body can lead to selenium deficiency. Hidden form tumors at a certain stage can also lead to selenium deficiency, and as a side effect the hair loss.

Zinc deficiency can also be one of the factors that encourages loss of hair. Inadequate intake of zinc may be the use of hormones. A number of diseases, including such as alcoholism leads to disruption of zinc metabolism and can enhance androgenetic alopecia. The following disease, which can lead to zinc deficiency is a disease of the liver. In addition, zinc deficiency may indicate a development in the body of immunodeficiency States.

When selenium deficiency is often either diffuse or total hair loss, way too, this may be in cases of poisoning by selenium, while zinc deficiency is mainly observed slow hair growth or alopecia areata.

Iron deficiency is very often may also induce the process of hair loss.

To detect the lack of a vitamin and trace element by using analysis of hair or blood serum analysis, and ultimately determine the cause of hair loss and the most important to understand the link between hair loss and disorders, or nutrition, or hormonal status, or under stress. If, however, to set the priorities in the study of hair, or blood content of trace elements, you should start with a hair analysis, because closer to the problem. Because there are imbalances are not as serious reflection on the part of the hair. If there are changes in the blood, for example, intoxication or gross deficiencies, then it is a more severe case, which usually end deep surveys in the hospital.

It is important to remember that the result of treatment for baldness can be obtained not earlier than 3 months. This is due to the hair growth cycle.